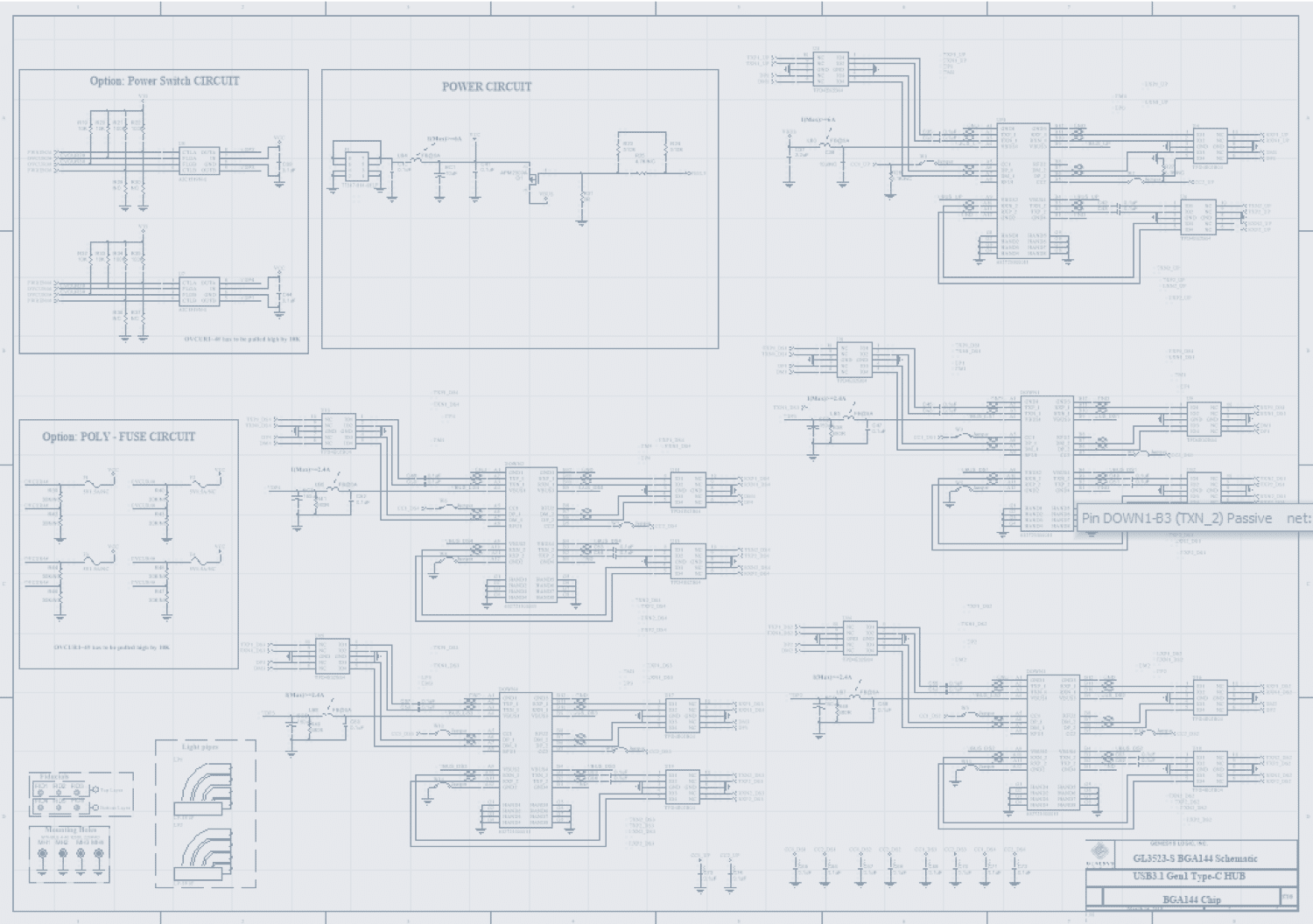 Electrical Computer Aided Design (ECAD) software is used to create and modify both diagrams and layouts, including both 2D and 3D, in order to design, assess and document electronic Printed Circuit Boards (PCB).

Electrical Computer-Aided Design (ECAD) software is used to create and modify both diagrams and layouts, including both 2D and 3D, in order to design, assess and document electrical Printed Circuit Boards (PCB).

In the development process, ECAD software can be used to:

ECAD software provides some combination of the following capabilities.

Diagramming capabilities allow engineers to define what electronic components are used and what signals are used to connect them. Engineers select components from a company-standardized library that is centrally controlled. Layout capabilities provide a means to create the PCB’s outline and dimensionally place components within its boundaries. These capabilities can be utilized in either 2D or 3D models. The list of electronic components used in the diagram is carried over to the layout, where it almost becomes a to-do list for placement.

Trace Routing capabilities allow engineers to define the path the trace follows in a specific layer of the PCB between electronic components. This can be done in 2D or 3D, with switching between the layers of the PCB. The signals from the diagram, which embody from-to information between components, are carried over into the layout, which defines where each component is placed on the PCB. Automation capabilities, which automatically routes traces from components to components based on interconnect information, is available. This can be done initially and then customized.

3D Assembly capabilities provide a way to create a 3D model of the PCB. These models are often used to check for interference within an enclosure as well as checking for managing the dissipation of heat from the electronic components on the PCB.

Rule or Constraint Checking capabilities automatically compares the design of a PCB against industry or company rules, highlighting violations or issues that can affect the performance or manufacturability of the PCB.

Manufacturing Export capabilities provide the ability to generate ECAM deliverables, which can then be used to manufacture the layers of the PCB. Bill of Material (BOM) capabilities automatically generates the list of electrical components for the PCB.

ECAD software can produce a number of different deliverables, which can be managed by Product Data Management (PDM) software. Designs from ECAD software are often interchanged with Mechanical Computer-Aided Design (MCAD) software to generate a 3D model of the PCB.

Additionally, there are numerous technology enablers that exchange data with ECAD software.

IS ECAD A COMMODITY?

NO MORE EXCUSES: IT’S TIME TO MERGE MCAD AND ECAD

IS THERE A CLOUD ON YOUR ECAD HORIZON?