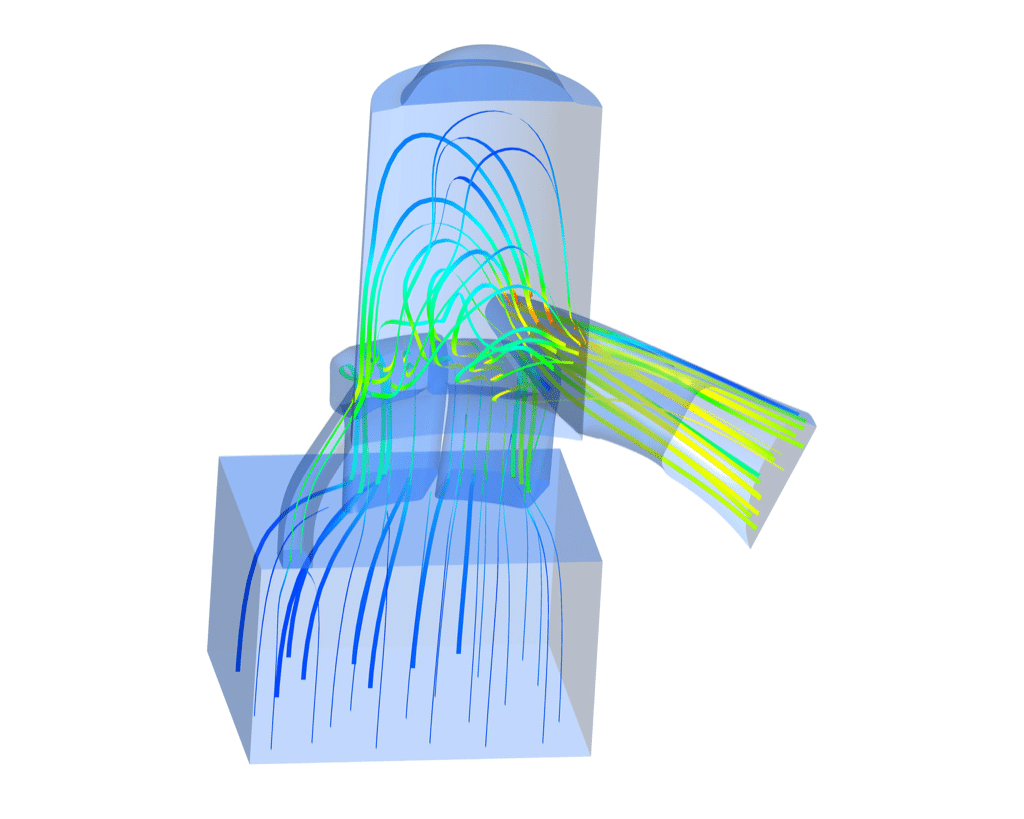 A software provider wants to enable common engineers to conduct simulations early and often in the development cycle so they can make better design decisions. Sound familiar? Well, it should. It’s been the goal of, well, just about every software provider serving the engineering community over the past twenty years. And what’s more, their approach has …

A software provider wants to enable common engineers to conduct simulations early and often in the development cycle so they can make better design decisions.

Well, it should. It’s been the goal of, well, just about every software provider serving the engineering community over the past twenty years. And what’s more, their approach has been pretty repetitive as well. It has most frequently consisted of taking advanced simulation capabilities from analysis tools, slimming and simplifying them, and putting them into CAD tools. I have some findings that I’ll be sharing soon that shed some light on how that solutions strategy has, or has not, been impactful. But I’ll give you a quick hint: today’s engineers are not running simulations consistently and frequently.

In the past few years, though, some software providers have offered a new approach to enabling engineers with simulation. One of those is ANSYS. So in this post, we’re going to be taking a closer look at their offering: AIM. Ready? Let’s get rolling.

The first thing you should know is that AIM is built on top of Workbench, which is ANSYS’ platform for simulation. ANSYS, their partners and even customers can build custom applications on top of it. It provides a wide range of functionality, including CAD integrations and interactions, access to a wide range of engineering physics, automated workflows and templates, design studies and data management. Applications are built through the ANSYS Customization Toolkit (ACT). If you want more details on Workbench, take a look at my detailed review from a couple months ago.

OK. So that tells us that AIM is built on top of Workbench. But what does it do? Here’s a run down of the capabilities.

So far, it doesn’t sound all that different, does it? Well, there’s a whole lot more to the story. Just follow me a little longer.

As a user walks down through the steps that I outlined, AIM creates a journal in the background. It records your interactions with the software. That’s nice and handy from a traceability perspective. But more importantly, these journals can be turned into templated workflows. Furthermore, these journals / templated workflows can be edited after the fact. Why would you want to do that? Well, if you wanted him or her to reuse your template, you would want them to select new inputs. It might be a piece of geometry, changing a mesh control variable or even the analysis type. Now, just to make it clear, let’s review these capabilities.

Got me so far? Good. But we’re not done quite yet. We’re almost there.

Now, what happens when a user reuses a templated workflow?

Well, remember how I described that the original creator of the templated workflow can make changes? Specifically, they can designate where someone can select new inputs?

A Couple of Examples for AIM

I know. This might be a little hard to visualize. But that’s why I want to provide a couple examples to make it a little clearer.

Let’s say we wanted to use a templated workflow for a electronics cooling scenario. Running that templated workflow, the user would be prompted to select a volume representing the air in the electronics enclosure, its intake, its exit, the processor exposed surface and the heat transfer rate given convection from the processor into the air.  Of course, there could be more inputs. But beyond that, the simulation just runs, providing results to the user.

For another example, we want to look at the natural frequency excitation of that same electronics enclosure. In this case, when running that templated workflow, the user is prompted for the mounting holes and an excitation input case. Everything else runs automatically, providing results to the user.

Now, furthermore, you may remember from the post on Workbench that a single templated workflow can have multiple paths in it. For example, a single workflow template might include two branches for the two analyses described above.

Other Capabilities in AIM

There are a few more capabilities that should not to be lost in this discussion. Don’t forget, there are design study capabilities in Workbench, and therefore AIM, as well. This means that you can vary a single variable, perhaps a geometric dimension or the heat output of that processor, and track performance as it changes. There are also optimization capabilities.

Phew. Yes. That’s a lot to cover. But now, let’s turn our attention to the more important question here: what does this all mean?

Teamwork between the Analyst and Engineer

Of course, an individual engineer or analyst could use these capabilities to automate their own activities. And that’s a valid use case. But in the context of getting a much larger volume of engineers conducting simulation driven design, you’re going to need that simulation analyst involved.

For any discussion along these lines, I always go back to a post I published in 2010: The Very Real Skillset Challenges to Simulation Driven Design. The gist of the post is that to successfully run any kind of simulation driven design effort, you need to know the engineering physics, the analysis method (FEA, CFD, etc.), the CAD application and the CAE application. Given that’s a pretty long list for any single role, in a post I also published in 2010, I posed the question: Is Teamwork the Key to Simulation Driven Design? My point was that no organization should expect that a single role would successfully execute simulation driven design. Instead, a number of roles working together could accomplish it instead.

There it is. That’s my take on ANSYS’s AIM. I’m interested in hearing your thoughts. Have experience with AIM? Let’s hear about it? Considering it and have questions? Ask away and I’ll do my best to address them. I look forward to the discussion.