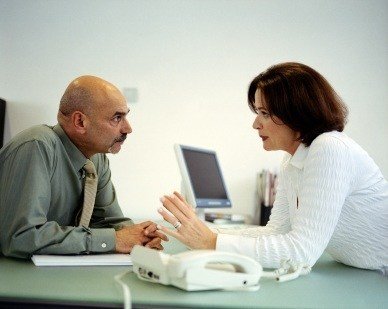 Move to MBD: Can We See Results?

Last week, Chad talked on the blog about findings from The Model Based Enterprise Study. It found that, while 57% of the 575 respondent companies released 3D annotated models for at least some projects, only 2% exclusively used 3D MBD. We thought we’d take a look at some of those companies from the 2% to …

Move to MBD: Can We See Results? Read More »

Last week, Chad talked on the blog about findings from The Model Based Enterprise Study. It found that, while 57% of the 575 respondent companies released 3D annotated models for at least some projects, only 2% exclusively used 3D MBD.

We thought we’d take a look at some of those companies from the 2% to find out why they turned to 3D model-based definition and to find out how they’re doing.

When speaking about companies moving exclusively to MBD, Boeing is often the first company that comes to mind. Boeing was one of the first manufacturers to define supplier requirements for using MBD, through which the aerospace hopes to improve productivity and reduce time to market. For instance, the Boeing 787 program uses a MBD design process, with Boeing designing a system to share 3D design data in the 3D PDF and STEP neutral formats.

After achieving Boeing MBD certification, aerospace supplier Fibreform Precision called it one of the most notable of its certifications and talked about how the certification strengthened the supplier’s ties with Boeing. And Alfredo Herrera, design engineer at Boeing, recently spoke about customer demands regarding the  AH-64D Apache Helicopter, which Boeing Mesa engineers met through use of MBD.

Driving everything off the model is impressive. Is logical, but culturally challenging. Kudos to @Daimler's courage & @SiemensPLM's support.

"To become model-based, we had to change our processes and procedures" > @ATK's Jon Jarrett (@plmguroo) > @SiemensPLM's #SPLM14 #3D #CAD

MBD: The truth is out there

So could MBD benefit industry by speeding product development and time to market for these and other companies? The answer seems to be: too soon to know.

Even now, quantifiable evidence of how MBD affects a company’s bottom line is still hard to find, likely because so few companies–2%, remember–rely exclusively on MBD.

But findings from researchers at École Polytechnique Montréal and the University of Quebec who set out to investigate the feasibility of MBD’s one day taking the place of 2D engineering drawings, can be of help.

Based on the interviews with 34 representatives from two major Canadian aerospace manufacturing companies, the researchers found that the move away from 2D drawings is doable, even desirable, for most industries and can offer real cost-savings and production benefits. But the change won’t come with out changes to processes and procedures, the researchers found.

One of the biggest barriers to adoption? Suppliers’ familiarity with 3D models.

People still aren’t fully convinced about MBD, found researcher Virgilio Quintana. They have a harder time trusting an electronic file rather than a 2D drawing. Still, suppliers will justify making the changes sooner rather than later to supply their MBD-adopting customers.

That’s likely why suppliers like Fibreform, which do achieve certification, tout their credentials.

Downstream users who currently rely on 2D drawings would need lightweight method to communicate product dimensioning and tolerancing data, as many of them aren’t CAD users, also Quintana found.

Aerospace and automotive manufacturers, like Boeing and Ford, that are moving to MBD have published little about the results they’ve had so far. But perhaps that’s because these programs are still relatively new.

The move to MBD is feasible; in fact, it seems a matter of not whether manufacturing will adopt MBD but rather how soon industry will seek adoption.

Suppliers will need to become familiar with 3D MBD, but may still rely on CAD translators or other lightweight tools during early adoption.