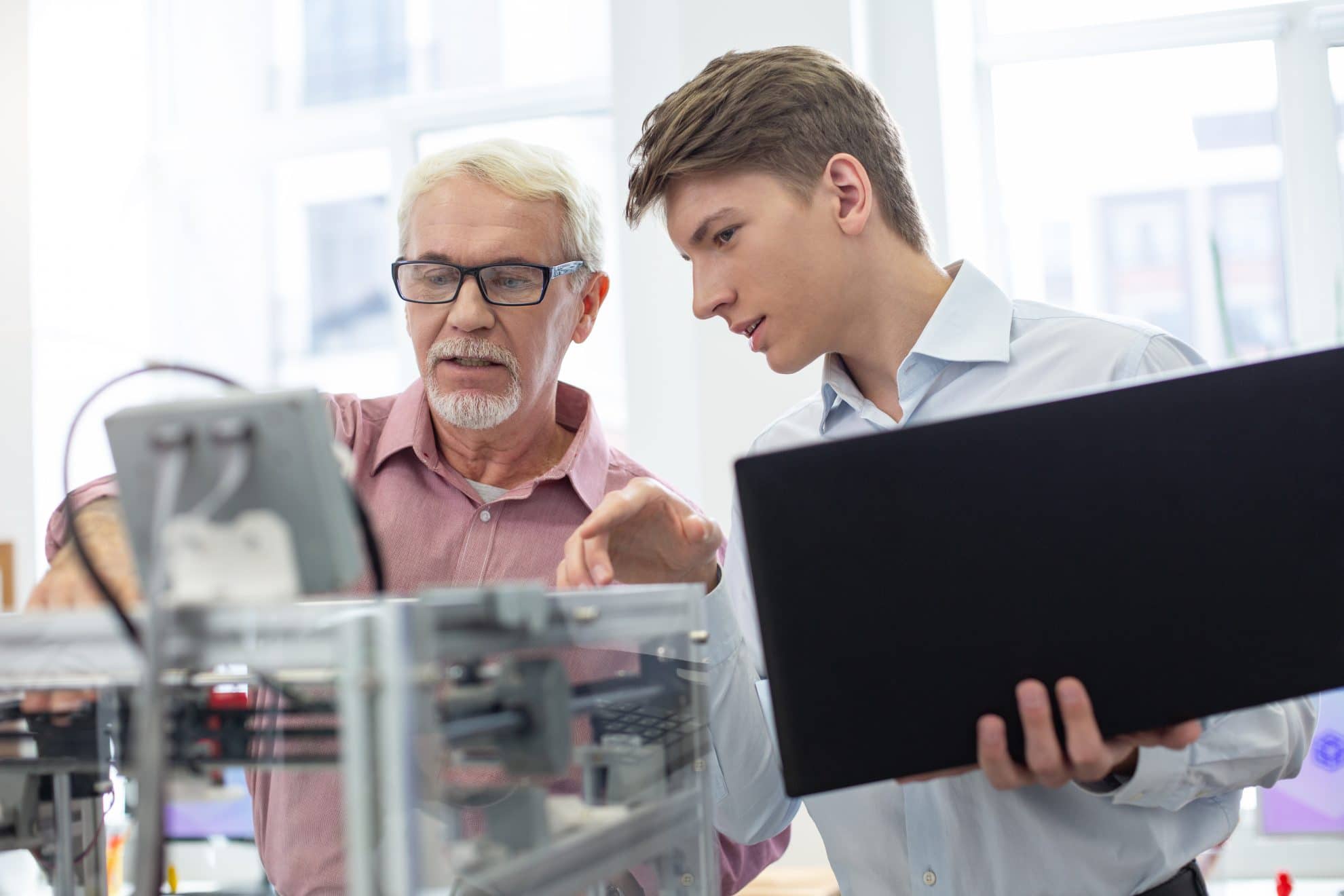 The STEM skills gap is growing quickly. Yet, many engineering colleges still employ a weed-out curriculum. This post explores this issue in greater detail.

It’s practically a cliché now to say that the pace of technological change throughout the business economy is moving at a breakneck speed. The Internet of Things, machine learning, virtual reality, AI, digital twins, robots, cobots…. We’re all working in an economy deeply affected by the Fourth Industrial Revolution, and the pace of technological change shows no sign of slowing down.

Given this rapid pace, job openings in tech, manufacturing, and beyond continue to grow, and employers have a vital need for employees who can hit the ground running. In the manufacturing industry alone, job openings have been growing at double-digit rates since mid-2017. But only 39% of U.S. companies feel that graduates are adequately trained. That adds up to a skills gap – a gap that deeply affects workers across the engineering spectrum.

The STEM Skills Gap is Growing

The evolving and changing engineering skillset needed for systems-driven product development is one of the biggest workforce challenges for nearly 40 percent of manufacturers polled in a recent survey. According to a 2018 report by the World Economic Forum, global average skills stability—the proportion of core skills required to perform a job that will remain the same—is about 58%, meaning an average shift of 42% in required workforce skills between 2018–2022.

In addition, because of both the recent economic expansion in the United States and the rate of baby boomers retiring over the next decade, the skills gap in the manufacturing industry alone may leave an estimated 2.4 million positions unfilled between 2018 and 2028.

But it’s not just the baby boomer retirement wave and the United States’ surging economy that’s causing this skills gap. In 2012 President Obama commissioned a report on STEM (science, technology, engineering, mathematics) graduates. This study found that fewer than 40% of undergraduate students who enter college intending to major in a STEM field complete a degree in one of those fields.

A 2018 Advances in Engineering Education article notes that while about 28% of undergraduates declare a major in a STEM field, nearly half of them leave those majors before graduating. These numbers seem to indicate a decline, when what we really need to fill all the STEM positions sprouting in our economy is a significant uptick in the STEM graduation rate.

The unfortunate reality is that many educational programs are geared more toward weeding students out than encouraging and helping them succeed in obtaining a STEM degree. An engineering professor has even called the barrage of difficult classes that STEM students must slog through the math-science death march.

This “weed out” mentality has helped contribute to a lack of diversity in engineering: a recent post by Higher Education notes that while over a third of black, Latino, and Native American students enter college with an interest in studying STEM, only 16 percent go on to obtain bachelor’s degrees in these fields. Additionally, women make up only 30 percent of all STEM degree holders, according to a 2017 report by the U.S. Department of Commerce.

There’s another damaging effect from these types of classes. As a Vanderbilt student put it in a Huffington Post piece: “As these ‘weed-outs’ accumulate over time, they begin to telegraph a very clear message to students: curiosity is not welcome here.”

A University of Washington student echoes this sentiment: “Spending hours doing practice exams just to beat a curve could kill someone’s curiosity and passion for the subject….Weed-out classes seem to push undergraduates to beat their peers by a few points on a midterm instead of encouraging exploration of the field itself that could yield more enriching experiences for students.”

Curiosity and Experimentation are Key

Given that a recent MIT Sloan and Deloitte research study highlighted experimentation and iteration as key ways for companies to respond to digital disruption, it’s clear that encouraging curiosity in STEM graduates, rather than killing it, is a crucial point.

So what’s the answer? In our next post, we’ll take a look at how some universities are addressing the diversity issues in STEM and working to change weed-out classes.