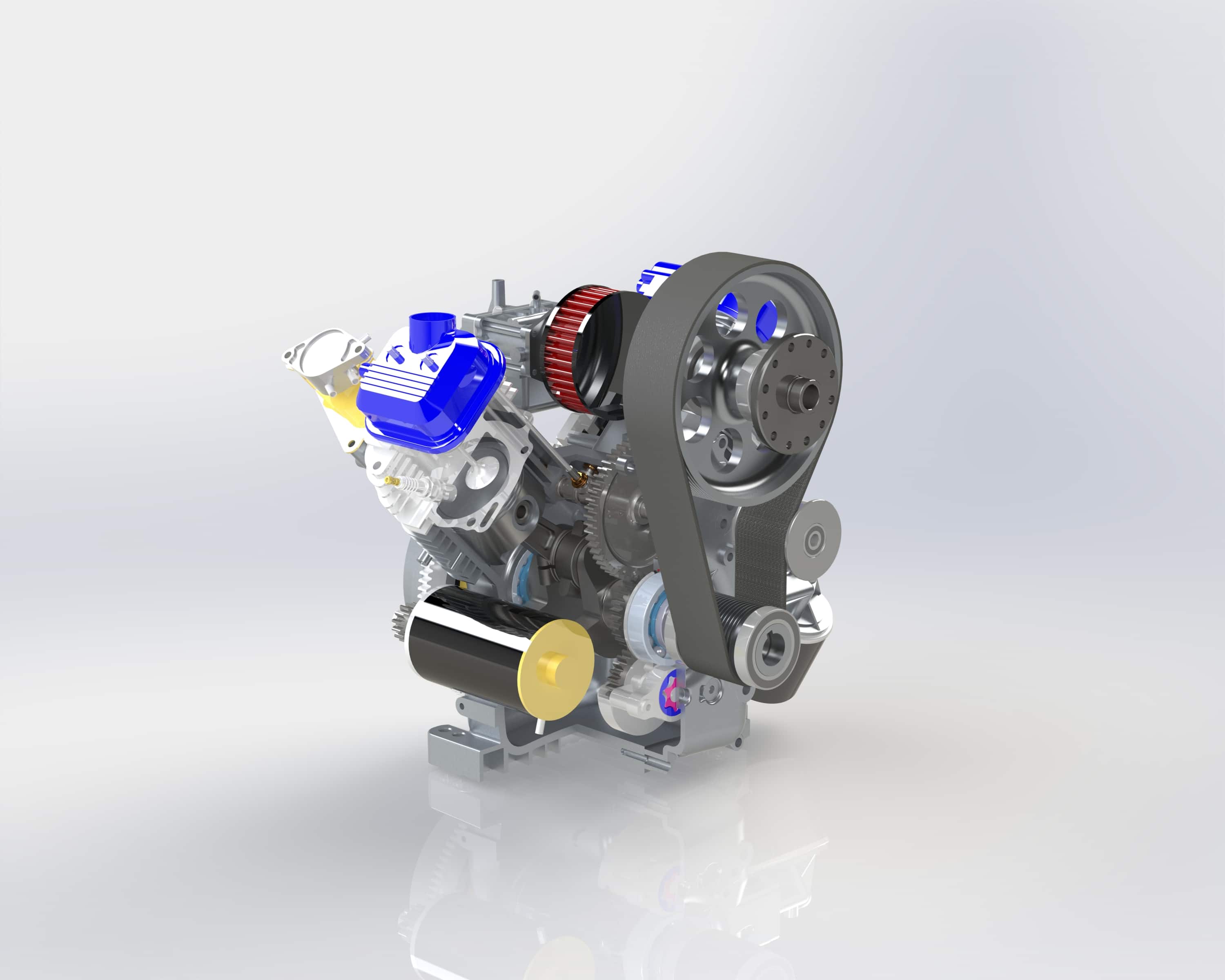 The Stalwarts of the 2014 CAD Landscape

The landscape of CAD application providers, like many tech areas today, is prone to big changes. This is the first in a series of posts where I’ll be providing my perspective on the state of things with respect to CAD. Strap in and read on. Where do we start this ride? The logical place is …

The Stalwarts of the 2014 CAD Landscape Read More »

The landscape of CAD application providers, like many tech areas today, is prone to big changes. This is the first in a series of posts where I’ll be providing my perspective on the state of things with respect to CAD. Strap in and read on.

Where do we start this ride? The logical place is to begin with the most longstanding CAD providers: the Stalwarts. In this post, you’ll find details on the current state and future trajectory of the CAD offerings from Autodesk, Dassault Systèmes, PTC and Siemens PLM. In the end, I’ll highlight the major differences and  similarities.

Autodesk: All Cloud, All the Time

The transformation of Autodesk over the past few years has been fascinating for me. Not long ago, Autodesk occupied a fast follower position in the industry while pushing a mantra of moving from 2D to 3D on their customers. But practically all that has changed with their focus on CAD in the Cloud.

Back at the end of 2012, Autodesk announced their vision for Fusion360 to the world. Essentially, it is a direct modeling web app with some integrated data management capabilities. It’s a pretty big vision with lots of potential value. You can pay by subscription. You can leverage cloud-computing resources. In turn, it offers a lot of flexibility in terms of costs and capabilities.

It’s unclear to me exactly how much geometry creation is occurring locally on the desktop as opposed to on cloud-based computing. Does that matter? Well… maybe. Since that time, Autodesk has launched Sim360, offering simulation capabilities, and CAM360, offering CNC capabilities. If you have to download CAD models via Fusion360 into Sim360 or CAM360, then there’s some lag to be expected. Investigate for yourself.

Of course, Autodesk still offers Inventor, their desktop-based CAD application. It’s a fairly mature offering. The vision, however, is very clear. Autodesk wants their customers moving to the cloud.

CATIA has been the flagship CAD application for larger Dassault Systèmes customers for decades. It has a full and mature suite of capabilities, of that there is no doubt. But the CATIA story becomes riveting when you account for the impact of ENOVIA and CATIA combined on the 3DX platform. Basically, all that ‘stuff’ that used to be jammed into the CAD files now becomes meta-data in a database for a CAD-in-the-Cloud app. That means one person can change the material while someone else is modifying the geometry, something not really possible under the file-based paradigm.

Not to be forgotten in the 3DX story is Solidworks, which is Dassault Systèmes’ offering for small to mid-sized companies. Solidworks is also a mature and capable CAD offering, if not quite as broad and sophisticated as CATIA. They will continue to support a desktop parasolids-based version of Solidworks for the foreseeable future, but they are also offering some valuable new cloud-based applications. This includes Mechanical Conceptual as well as Industrial Conceptual. I don’t believe Dassault Systèmes will force current customers off their desktop-based version of Solidworks, but they’re going to try very hard to entice them with cloud-based apps with social, data management and new process support capabilities that Solidworks never would have offered.

It’s been four years since Jim Heppelman laid out the vision that rebranded Pro/ENGINEER to Creo, defined four areas to deliver and detailed the new architecture of the application. Now, a lot has happened since that time. Creo now has many apps exchanging data within a single platform. New apps have been created for 2D concept design that easily transition to 3D detailed design. And, last but not least, Creo can now read native files from other CAD applications. Overall, Creo is a reimagined set of applications with a wide range of functionality. They are nearing the end of a long road defined nearly four years ago, which brings me to my next point.

As Brad Holtz from Cyon Research pointed out, “they’ve got plenty of room for execution.” I know. I know. But PTC tends to be grand in their thinking. They like to lay out the future roadmap and get their customers to come along with them. Maybe they’re focused on their Internet of Things vision and are willing to stand pat with the completion of the 2010 CAD vision. If that’s the case, I think it’s a shame. There’s still plenty of room for innovation for engineering design and documentation tools. And I’d like to see PTC push the boundaries of this industry like they have before.

While some CAD providers make big splashes with their announcements, the folks at Siemens PLM steadily keep chugging right along with the execution of their firmly grounded plans for NX, their high end CAD application made for large organizations.

For instance, NX offers one of the most broad, if not the broadest, combined set of CAD and simulation capability sets in the industry. However, it often goes underappreciated. Additionally, last year, they extended Synchronous Technology into their 2D functionality, creating a brand new set of capabilities called Direct Sketching. Yet it created little fanfare. They embedded their HD-PLM vision into NX, calling it HD3D, resulting in a graphical means of accessing Teamcenter information right in the 3D model. And again, it got little attention. Overall, Siemens PLM won’t shake foundations with their vision for NX, but it is a highly capable CAD application with surprising extended functionality.

Like Dassault Systèmes, Siemens PLM has a separate offering for small to mid-sized manufacturers in Solid Edge. It was the first CAD application to integrate both parametric and direct modeling methods in the form of Synchronous Technology. If you’re looking for a no-distraction CAD application, this is it. They don’t talk about empowering casual users. They don’t talk about tools specifically for simulation analysts. They don’t talk about enabling non-CAD using engineers. It’s all about the CAD users. And interestingly, the responsibility to make design decisions and run simulations often fall to a single person in small organizations, not the range of splintered roles you find in big companies. With Solid Edge, the focus is on improving the productivity of CAD users, which comes through in the many enhancements to the product as well as their user events.

This rounds out the overview of the Stalwarts in the 2014 CAD Landscape. Next up, we’ll take a look at the Interlopers. Any guesses at which companies that includes? Have fun in the comments.