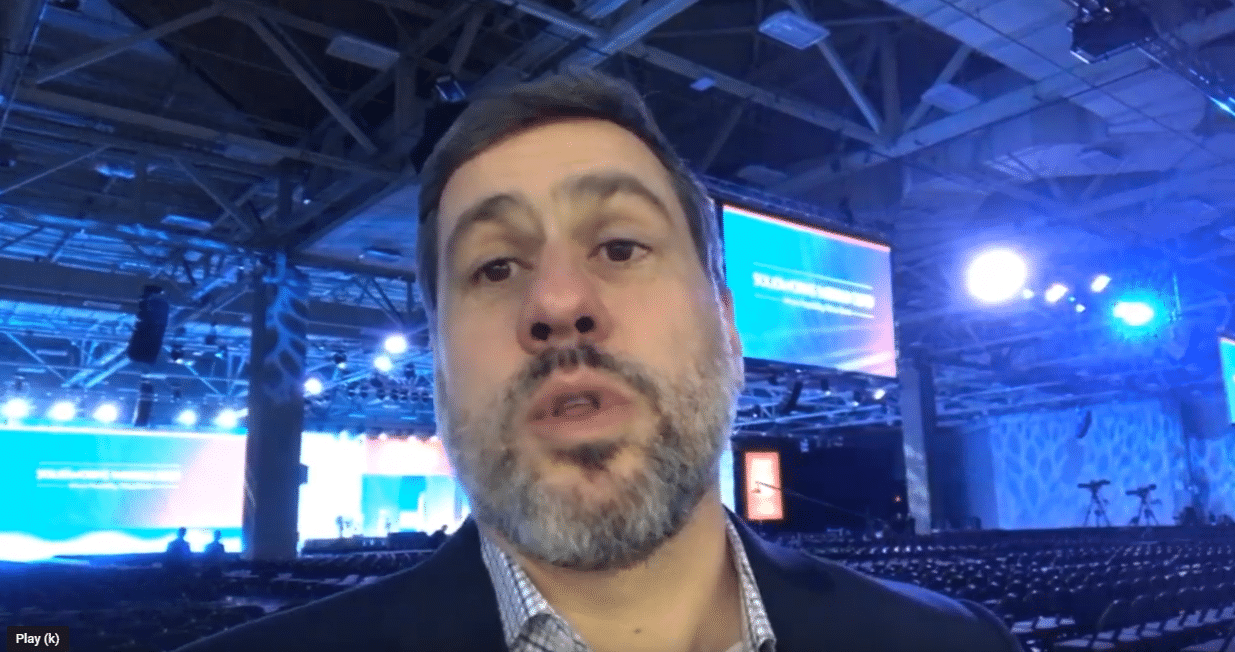 What was the biggest takeaway from SOLIDWORKS World 2019? The 3DEXPERIENCE platform is finally being felt.

Let’s talk about one of the biggest takeaways from the first session of SOLIDWORKS World.

My first takeaway from @gpbassi's session at #SWW19 is on integration. Many @Dassault3DS brands have been merged into the #3DEXPERIENCE platform. Four #3DEXPERIENCE.works apps (plan, design, simulate, and manufacture) have been tailored for the @SOLIDWORKS community. #SWW19

My second takeaway from @gpbassi's session at #SWW19 is on the #cloud. There are inherent advantages of working in the #cloud, especially in the context of collaboration and compute power. #SWW19

This is a new offering that’s kind of abstracted out of the brands typically associated with Dassault. It’s more functionally driven. I think the concept is that it will be more appealing to the SOLIDWORKS community, which to various degrees has resisted the move to something like the 3D experience platform. There are some other aspects that are interesting there. Integration is, I think, an interesting characteristic in that all of these tools are kind of together. You don’t have a separate PLM solution, and you don’t have a separate CAD solution. It’s all part of the platform. Another advantageous item it provides is a cloud. This means more accessibility, especially for collaboration, as well as increased compute power in these offerings.