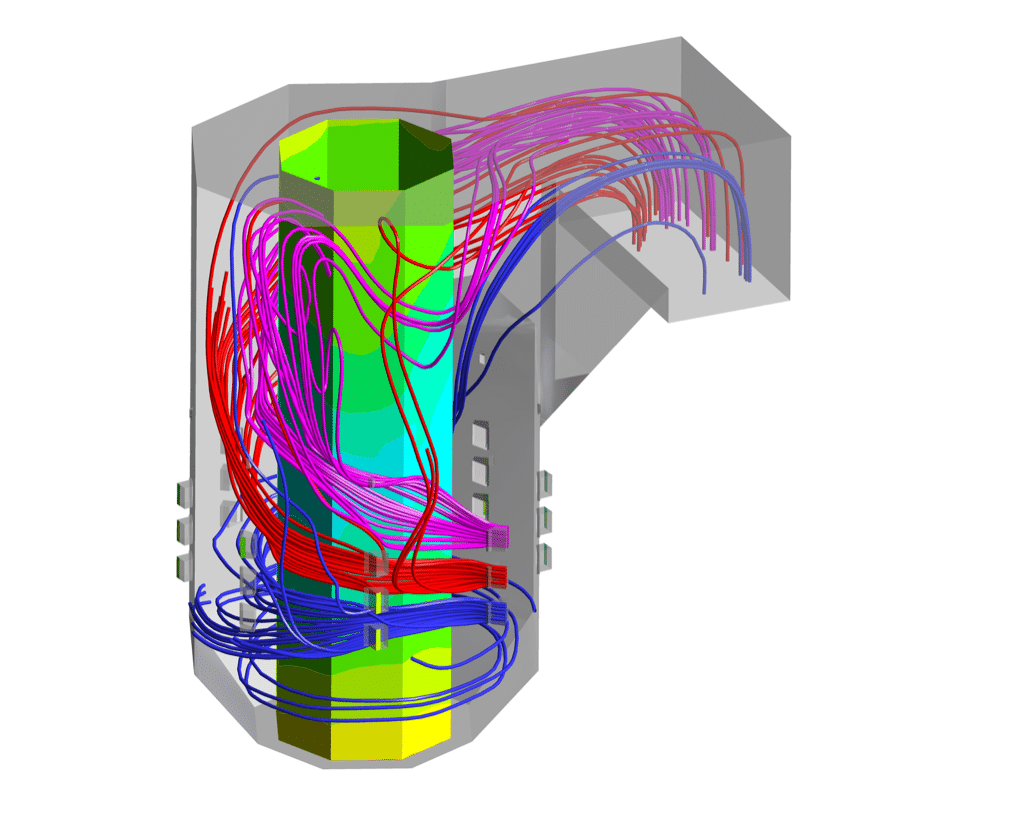 "@MSCSoftware’s Apex is an effort to rethink entire simulation process” per CEO Dominic Gallello | #simulation (2/15) — Chad Jackson (@ChadKJackson) September 30, 2014 That quote is what kicked off my briefing with MSC Software CEO Dominic Gallello. If you’ve never heard of a BHAG, a Big Hairy Audacious Goal, then let me tell you: …

That quote is what kicked off my briefing with MSC Software CEO Dominic Gallello. If you’ve never heard of a BHAG, a Big Hairy Audacious Goal, then let me tell you: this is one. And, by the way, this is a very worthy goal. As I found from the more than 1,000 responses to our 2013 Simulation Driven Design Study, there are still major problems in the simulation process. Modeling and meshing still take way too long. Analyzing and documenting results take far too long as well.

So, did MSC Software succeed in revolutionizing the simulation process? We’ll get to that in due time. But to start, let’s dig into what Apex is and what capabilities it provides.

First things first: what the heck is it? How does it fit into MSC Software’s existing suite of products?

To be more accurate, Apex is more of a platform composed of many apps or modules. More will be coming out in the future to address a wider and more integrated range of physics phenomena.

Now, we’ve had pre-processors around for ages. How is Apex unique? Part of the answer lies in new functionality to create and manipulate geometry.

We’ve heard this story before, of course. Direct Modeling capabilities are a natural fit to tweak and change detailed design geometry before you get to meshing. However, Apex is different in the automation that is built into the platform.

The idea here is that once you have set up a simulation model, modifications to the geometry triggers the propagation of change to the mesh and re-solves the simulation. If this concept feels familiar, that’s because it is. This is associativity applied to simulation. We’ve had associativity between 3D models and 2D drawings for ages.

Why haven’t we had this before? The primary reason, at least in my mind, has been the large amounts of computationally intensive time required to mesh and solve simulation models. Obviously, with very large models, automatically re-meshing and re-solving could lead to problems. But for now, MSC says Apex is best suited for day-to-day simulation driven design use cases, which translates to piece part and small assembly design by engineers. MSC does, however, have plans to address this objection longer term.

Along with the focus on empowering and automating simulation driven design were a few other novel concepts in Apex. One of those was the idea of Computational Parts.

In today’s design chains, suppliers must often provide simulation models of their designs to their customers. Their customers then integrate those simulation models into their own simulations so they can understand the big picture of performance. The problem? Providing the detailed design geometry or even the mesh exposes the supplier’s intellectual property. In some extreme cases, the supplier’s customers will give that design to another supplier in an attempt to cut costs out of the design chain. Ethics, apparently, is so 20th century.

With Apex, however, MSC Software has come up with a new way to protect that intellectual property.

So basically, a supplier can hand over a file that is encrypted mathematics. It will have already been validated for certain solvers, so it can be integrated into another simulation model. Certain interfaces will have already been defined and tagged, so the customer knows how to ‘hook’ it into their model. Yet, there is no need to conceal, wrap or hide the geometry… because the geometry is quite literally not there. There is no geometry to see, just a mathematically reduced simulation representation.

There’s a lot to the Apex release. A lot more than I can possible exhaustively cover here. But there is one other area of note: getting casual users up to speed.

This is a lot of investment for casual users.

To answer that, I need to go back a little bit. Some four years ago, I outlined four Very Real Skillset Challenges to Simulation Driven Design in a post. They included:

With Apex, MSC Software has mashed up CAD and Simulation, collapsing challenges 3 and 4. Furthermore, the CAD and Simulation capabilities there are focused, excluding drawing creation, routed systems design and everything else. Additionally, the 100+ hours of training videos and tutorials, all of which have been localized, further addresses challenges 2, 3 and 4. They focus not only on how to use the software, but also some of the fundamental concepts of the Finite Element Method and its potholes. Furthermore, the automation of the simulation process has the potential to change the dynamic usually associated with simulation during the design process, where engineers get simulation results too late because they had continued to iterate and experiment.

Now, while the integrated geometry-mesh modeling first caught my eye, it seems to be no new trick. Siemens PLM’s NX has similar functionality where once geometry is changed, the mesh is updated. The same goes for solidThinking Inspire. However, I am unfamiliar with how automated the procedure is. What I will say, however, is that unlike ANSYS’ acquisition of Spaceclaim, MSC Software’s Apex looks like a coherent holistic vision. We really don’t know what ANSYS plans for Spaceclaim, if anything. And I don’t know about you, but I’ve seen far too many acquisitions where the technology disappears after a few years. With Apex, MSC Software has laid out a clear vision of how they are adding geometry capabilities in the context of a broader associative process. That’s a good thing.

Lastly, some of you may be concerned that Apex is not similar, UI-wise, to the other products in their suite. For me, however, it is the right move. Back in March of this year, in a guest post I published on the PTC Creo blog, titled The Splintering Needs of Engineering Simulation, I saw a divergence in the needs of an everyday engineer and simulation analyst specialists.

So, back to our question: has MSC Software revolutionized simulation driven design? Well, I’m not ready for a resounding yes. But for the first time in a while, I feel deservedly optimistic.

That’s my take folks. Looking forward to your thoughts in the comments.