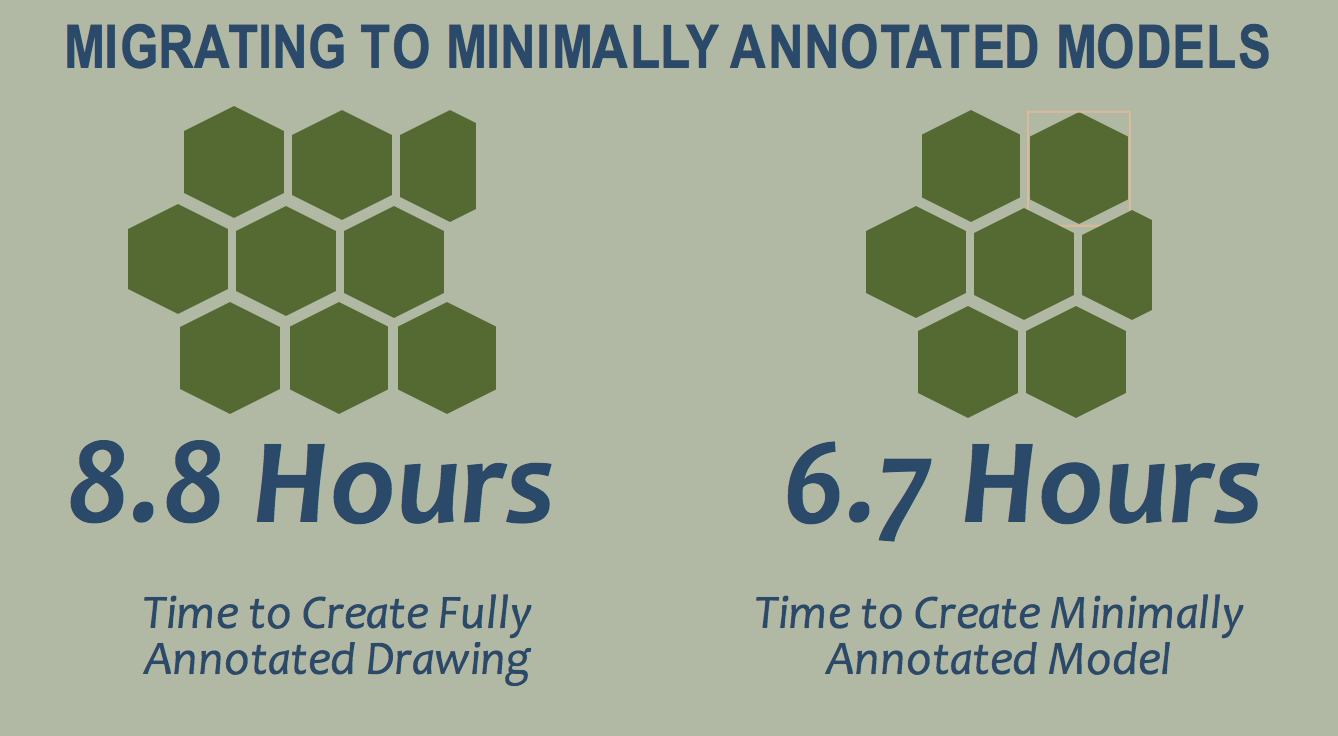 Developing 3D models with annotations isn’t the only improvement effort organizations are pursuing with respect to engineering documentation. Some are adopting practices to include the absolute minimum amount of annotations required in their deliverables. This means, for example, that a component that will be machined with toolpaths automatically created by a CAM software program with no manual programming will not require any annotations, theoretically. In contrast, if a sheet metal part requires the brake operator to manually set the bend dimension and angle, then that annotation should be included and displayed.

By pulling together the effort to minimize annotations and the effort to release a 3D model with PMI, some organizations are seeking benefits from both types of improvement efforts. The idea is to rely on the 3D model’s inherent geometry definition to convey the complete and detailed geometric form of a component while adding the minimal annotations to define the measures and thresholds within which a component meets quality standards.

This single reduced annotation deliverable fulfills all of the functions of engineering documentation with effort that, in theory, is lower. From a functional perspective, this deliverable is used in the same way downstream as a fully annotated 3D model, albeit with only the dimensions and tolerances that are needed for conformance measurements.

For the company, the benefits of a fully annotated model are realized here because there is a single unambiguous definition with a clear source authority for geometry and tolerance. There aren’t two definitions that can diverge, causing errors. Findings from this research report, as shared earlier, show a higher percentage of organizations releasing only MBD deliverables lower the number of change orders (30% vs. 21%) and reduce scrap (35% vs. 16%) by wide comparative margins as shown in Table 2.

Table 2: Comparison of benefits realized across the Model-Reliant and Model-Based cohorts. Details on calculations of the estimate, assignment of respondents into cohorts and the drawing datasets are detailed on The ROI of MBD Study page.

Overall, combining efforts to minimize or reduce annotation efforts with model-based deliverables provides validated benefits for the company, in the form of reduced ECOs and non-conformances, as well as less time spent by the engineering organization to create the deliverable.