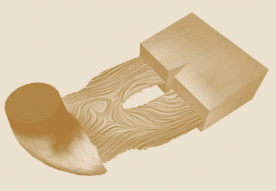 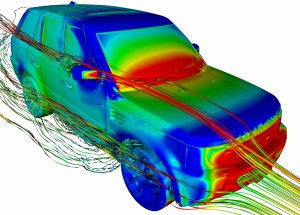 Conducting engineering simulations in today’s business environment can be challenging. Executives often give a begrudging approval to simulation teams to do their work. But its infrequent that those simulation teams are able to expose their work to the broader enterprise. There has been trends more recently, however, to expose simulation results in new and exciting ways that are more accessible to non-technical roles. And that, in part, is why I reached out to the folks at Visual Collaboration Technologies, or  VCollab for short. They’ve been working on these issues for years and I wanted to get an product update. I caught up with Prasad Mandava (@PrasadMandava on twitter) and here’s how the briefing went.

My conversation with Prasad mainly covered the capabilities that VCollab provided. Here’s the high level overview in tweets.

So VCollab doesn’t help setup or solve simulations. Once you actually have results, they have something akin to translators that convert those results into lightweight simulation result models. This is very similar to how 3D CAD models can be converted into lightweight 3D visualization models like 3D PDF, JT and other formats where all the features and more are stripped out. In the case with VCollab, the raw simulation results, which can be very large in size, is skinnied down to the mere minimum of result fields.

OK. So what do you make of this? Is this valuable? Well, here’s my initial thoughts from the briefing.

The point here is that there are two fundamental barriers to sharing simulation results with other roles in the enterprise.

The first issue is focused on the size of the simulation results. They can often be monstrous. They aren’t something that you simple fire off to someone in an email. They aren’t easy to move around and, when you do move them, you better have some time on your hands. VCollab converts that to a lightweight (that’s code for small) file size that can be easily shared instead of the full heavy simulation results.

The second issue is the usability of many post processors. Most of them have been designed and developed for simulation analysts, the experts in the field, to dive into simulation results in all their glory. And that’s a good thing. Simulation analysts need all those highly technical capabilities. However, if you want others to actually use a tool to do a little interrogating of simulation results on their own, post processors are not the right tool. That’s where VCollab’s simulation viewer is right-sized in terms of functionality and ease of use.

Enabling the Engineer and Manager

To get more specific, here are a couple of situations where VColalb’s tools fit.

Maybe some of you purely know engineers that sit in front of CAD and CAE tools all day. However, I know that there is some segment of engineers out there that don’t touch either of those software tools. Yet they really do need to go deeper than a report document with non-interactive images of simulation results. They need to be able to interrogate the results to help them make design decisions.

This is another key scenario. Simulation team’s efforts, which are significant, are often hidden and muted because their work is so inaccessible to the rest of the company and especially executives. Non-technical roles, including Managers, Directors and Vice Presidents, can’t begin to use highly technical simulation post-processors. Tools like VCollab expose real simulation results to them directly. And that begins to expose and prove the business value of simulation to them.

Now, there are some new technologies coming down the road that can expose simulation results to broader audiences from other software providers. They provide some slick new technologies that address some of these same concerns. However, as is the case with all new technologies, the adoption curve will take some time to ramp up. And in the meantime, VCollab’s tools are imminently pragmatic in that they work well to solve these problems today.

There’s my take. What are your thoughts? How does your organization share simulation results today? Have you run into some of these same issues? Looking forward to your thoughts.