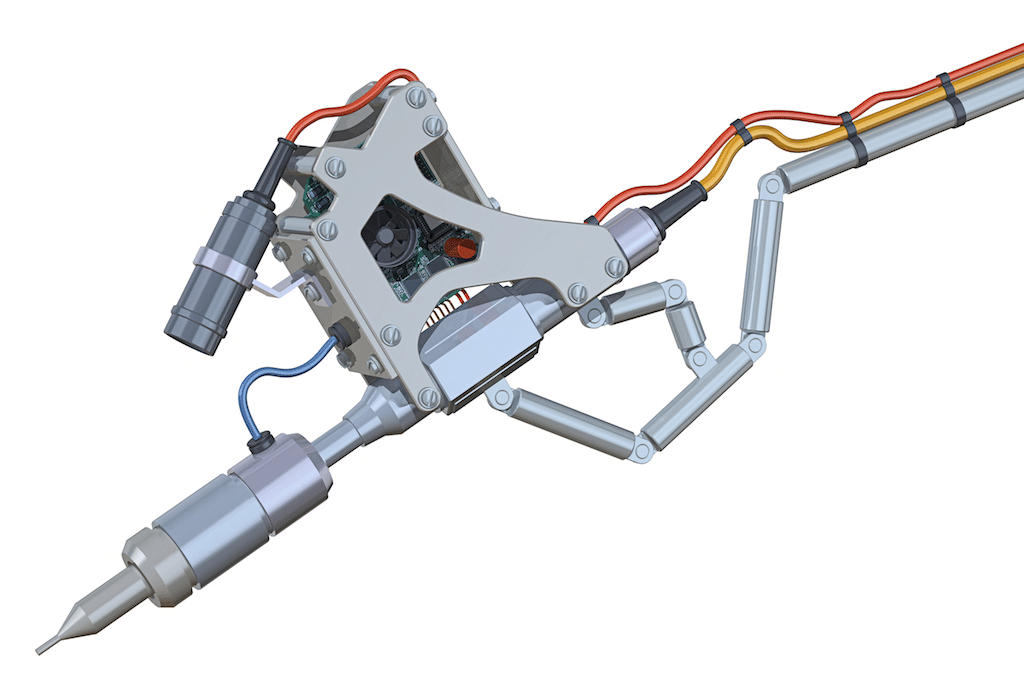 Modeling with Creo: Diving into the Details

It seems like 2011 is bound to be the year of CAD. There are numerous updates by so many software providers in terms of introducing new capabilities to their CAD applications. And none may be more anticipated than PTC’s Creo due to their publicly stated goal to revolutionize the CAD industry. Well, a year later, …

Modeling with Creo: Diving into the Details Read More »

It seems like 2011 is bound to be the year of CAD. There are numerous updates by so many software providers in terms of introducing new capabilities to their CAD applications. And none may be more anticipated than PTC’s Creo due to their publicly stated goal to revolutionize the CAD industry. Well, a year later, PTC pulled the sheets off Creo in Las Vegas at PlanetPTC Live. And what follows is my take on a few specific scenarios that matter with respect to mechanical geometric modeling.

To recap, back on October 28th 2010, PTC announced their plans to launch a new suite of applications, all under the name of Creo (press release). I published my impressions in a post titled The Potential Advantages and Outstanding Concerns of PTC’s Creo here at engineering-matters. On June 13th 2011 in Las Vegas at their user group meeting PlanetPTC Live, PTC officially launched release 1.0 of the Creo Suite (press release, requires login).

Before we dive into specific functionality, a little orientation is needed. So to start, here are the apps that comprise the 1.0 release of Creo.

With that out of the way, let’s zoom in on the app’s capabilities and interaction between apps that are most important with regard to designing mechanical geometry. That means we’ll be looking at Creo Layout, Parametric and Direct in the context of a few specific scenarios.

Creo Layout for the Engineer

So what exactly is Creo Layout? Basically it is a 2D tool for designers and engineers to capture their product concepts and ideas. It provides the following capabilities.

Those aren’t the only important capabilities however. When you want to start building out your 3D model, you can use the sketch from Creo Layout at the starting point. That 2D representation can be used as the basis for features in Creo Parametric or operations in Creo Direct. Furthermore, the geometric model is associative with the 2D sketch. That means that as the sketch changes so does the model.

With the emergence of direct modeling as a legitimate alternative to feature-based modeling, one specific use case has proven helpful to really understand how these application work. And that’s the concept of taking a model built out of ordered features, modifying it with direct modeling and then taking it back to a feature ordered modeling environment. Why would someone do such a thing? There’s several use cases where it would make sense.

Regardless, the PTC folks actually have means to support such scenarios

In either case, when a model that has been changed with direct manipulations is taken into Creo Parametric, those modifications are ‘featurized’ and show up in the feature tree.

EDIT: Al Dean’s comment below prompted me to reach back out to the folks at PTC to clarify if Creo used features even in the Direct app. The answer is actually yes. Creo Direct does use features, it’s just hidden behind the scenes to keep things simple for the user. Here’s the actual response I got from Mike Campbell, the DVP of PTC’s desktop applications.

When you edit or create a part in the Direct App, technically features are created in the underlying data structure of the Creo files.  However, there is no exposure of this in the Direct Modeling App.  The user never sees the features or their history while they are in the Direct Modeling App.  I think of the apps as different lenses through which you can view Creo data.  The data is always the same, but in some Apps you can just view the geometry; in other apps (like the DMA) you can view and edit it; while in other apps you can see much more of the data, including not only the geometry, but the features and parameters that can drive that geometry.

Now you have some insight into the modeling capabilities that exist in some of the Creo apps. But so what? What does it mean? Let’s talk about that next.

A Job Well Done on Empowering the Engineer

Earlier this year, I published a post titled Every Engineers Dirty Little Secret: The Stigma of 2D. These were the main points.

In the context of these three points, PTC has done a good job addressing the needs of engineers. PTC tends to think that these capabilities will only be used in the conceptual phase of development while I see it being used up the point of handing the design over to CAD specialists. But regardless of the difference in opinions, this tool fits the bill. It’s been developed for designing and not drafting. The skill and knowledge overhead is very low. And it provides a path forward to a 3D model that the CAD specialist can actually use intelligently. Honestly, I can’t find too much of a downside. Kudos to PTC.

EDIT: Based on the fact that features are used in Creo Direct, I have a minor concern in that features could build up over time in a model created by Creo Direct and the user would not know it. Essentially there are features underneath regardless. With Creo Parametric, you can explicitly control those features. With Creo Direct, you can’t really ‘get to them’. But then again, if the point is to keep it simple, that may be what is sacrificed in the end.

When it comes to the roundtripping use case between Creo Parametric and Creo Direct, my perspective is a little more balanced. No matter which vendor I engage, I use this use case as a litmus test because it can be extremely dangerous. What exactly happens when a direct modeling manipulation violates the feature definition that originally created the geometry?

PTC’s approach to featurize a direct modeling operation is safe in that, by and large, you avoid the failure of a feature or orphaned some piece of geometry from its original definition. I think it stands in contrast to Autodesk’s approach to switching between Inventor and Fusion where direct modeling manipulations can be accepted or reject but not necessarily resolved.

What I find very interesting is how PTC’s handing of this use case is how similar it is to how ST has been implemented in NX. I recently published a post titled ST in NX: It’s Not About Direct Modeling that goes into the detail. But the difference, however, lies in how the modification is managed. When you make a change to geometry in NX, ST figures out how to manipulate the dimensions of the underlying features to make the direct modeling manipulation. Creo, alternatively, adds another feature at the end of the model tree that encapsulates the direct modeling manipulation.

The only issue for me is that in the back of my mind, an ordered list of features carries a some risk of disaster for casual users. Is it likely that a casual user would be making this roundtrip between Creo Parametric and Creo Direct? Unlikely. But what about a situation where a manufacturing engineer or a simulation analyst wants to suggest changes and grabs a Creo Parametric model and modifies it with Creo Direct? How can those changes be formalized by the CAD specialist? A casual user may not stumble across problems. But passing something back and forth may trigger issues.

EDIT: With features underneath Creo Parametric and Creo Direct, there may well be no issues. There are features regardless of how the model was built. And those can be tweaked either way.

So what’s my takeaway? Overall I don’t think the groundbreaking part of Creo is in the technology. Essentially these capabilities have existed in some form or fashion before. What is powerful is making 2D modeling work seamlessly with 3D modeling as well as making direct modeling work tightly with feature-based modeling. And while I have some lingering concerns over featurizing direct modeling manipulations, I think PTC has gone a long way towards doing something revolutionary in the industry.

Now I’d like to hear your perspective. What do you think about the mechanical geometry modeling capabilities provided through Creo? Is it groundbreaking? Are there concerns that you harbor? Sound off and let us know what you think.