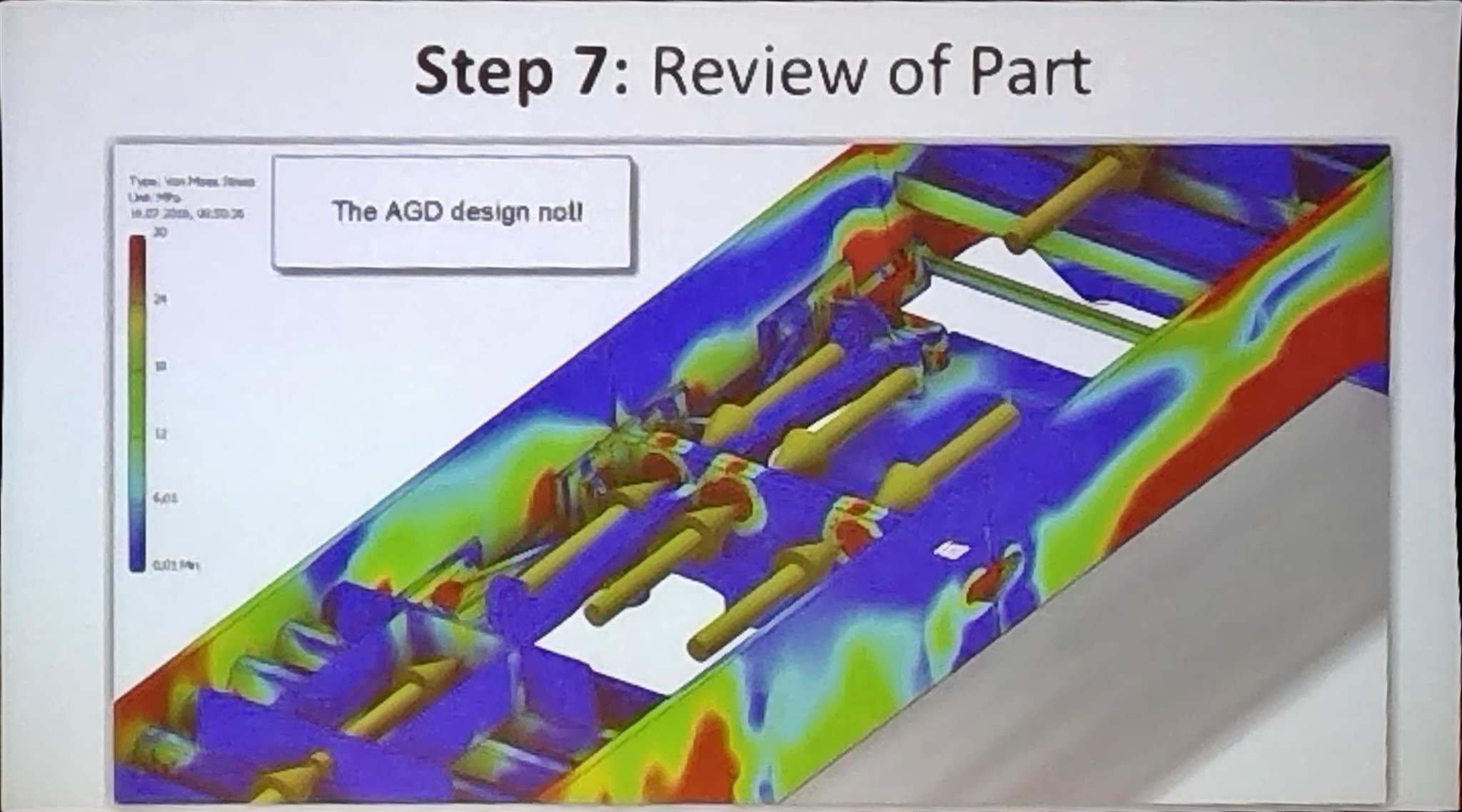 A couple weeks ago, I traveled to Toronto for Autodesk’s Accelerate event. The folks from Autodesk gave some insight into their vision for the industry and their solutions. More interestingly, however, they yielded most of the time in the event to their customers.

One of the customers that spoke was a company called Claudius Peters Projects GmbH. They make industrial equipment, including huge furnaces. Their presentation shared how they had applied Generative Design to some of their biggest and heaviest components. These were castings, where a smaller volume actually equated to less material used to make each component. As you can seen from the screen captures below, the algorithms generated some wildly different shapes. Their engineering staff had to rein it in a bit due to manufacturability. Yet, they still realized some significant savings. Furthermore, one of the new designs with less material had lower stresses because it was less rigid.

The funny thing here is that I had a conversation with someone the week before about how Generative Design technology wasn’t truly applicable to machinery and industrial equipment. Well, in this case, they were dead wrong.

Read my tweets below for more detail.

Here is an example of using #GenerativeDesign in the heavy machinery equipment. Started with classical design and then reduced weight dramatically. #XLR8Fusion pic.twitter.com/d19Bdwy2ba

Designing this way requires a change in thinking. You have to figure out how to design functionally, not just explicitly focus on the geometry.
Operations Director and Chief Digital Officer, Caludius Peters Projects GmbH #XLR8Fusion

Here is the #GenerativeDesign part, which weighs 30% less, yet does not have the same peak stress that was problematic.
Operations Director and Chief Digital Officer, Caludius Peters Projects GmbH pic.twitter.com/rltdHUvKa0