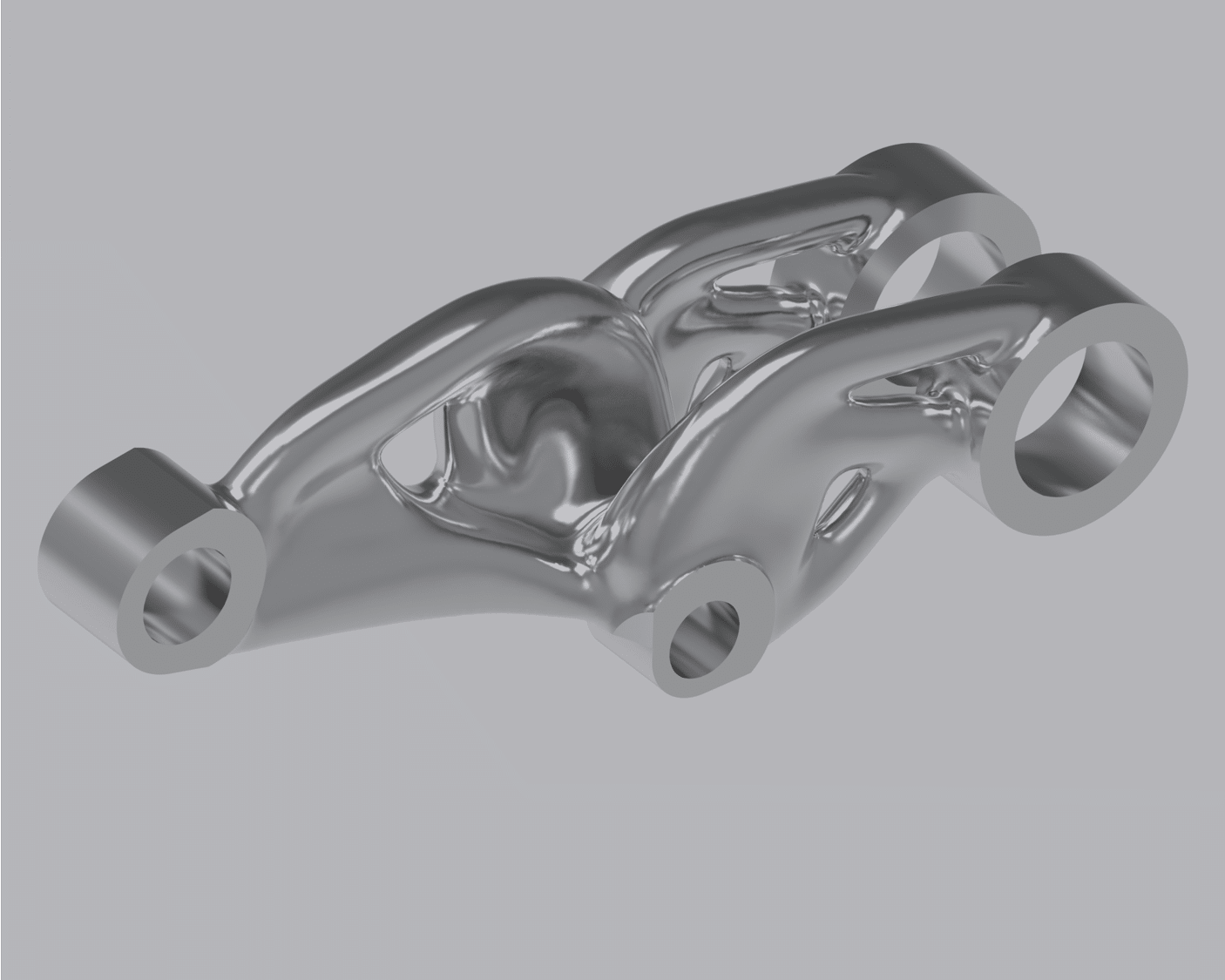 This post reviews the likelihood that engineers will realize a productivity boost from generative design and topology optimization technologies.

Generative design: it’s one of the hottest topics of the year. Blink and you might miss a software provider announce the availability of either topology optimization or generative design capabilities in the latest release of their application. Now, there are all sorts of potential benefits to using this kind of technology. However, there are some serious implications as well.

In this post, we’re going to look at how generative design and topology optimization technologies won’t necessarily save time, but instead shift how engineers spend their time.

To get this rolling, let’s first look at the three main benefits of generative design.

These technologies can yield far better designs. It’s true. If you use topology optimization, you’re more likely to remove material that isn’t carrying loads, increasing the strength-to-weight ratio. If you’re using generative design, then you’ll be able to review many more designs, increasing the likelihood you’ll uncover one that satisfies your requirements in new and unique ways. Both of those are great things.

The logic behind this value proposition holds true. If your design requirements fall into that realm, then these technologies can most definitely help.

When combined with 3D printing, generative design and topology optimization promise revolution. By avoiding subtractive manufacturing, engineers aren’t burdened with the traditional manufacturing constraints of machining or extracting parts from tooling. They can explore many more alternatives they might not have otherwise. For more on this issue, you can read our post titled Generative Design and 3D Printing: Revolutionizing Design? In general, though, this one holds true as well.

These tools promise some productivity advantages for engineers. The idea is that you can have a number of these MCAD-based processes running simultaneously. After all, the engineer simply needs to define the constraints up front, flip a switch, and walk away. They’ll need to review the suggested changes or alternatives in the end. But in between, they can supposedly dedicate their time to other things. Potentially, at some point in the future, each engineer can act like a manager overseeing a team of software agents, each humming away developing new designs for the engineer to review.

This one? This value prop is where I have some concerns. Let’s talk about that.

A couple years ago, I wrote a post titled Do We Need a Functional Definition for Mechanical Design? At the time, I had started to really dig into design and development for electronics, electrical systems, embedded software, and broader systems. I was struck, albeit slowly, by the contrast in design between these domains and mechanical engineering. Each of these other disciplines explicitly defined their intent in a schematic, model or Requirements-Functions-Logical-Physical (RFLP) model. Each defined their design functionally first before detailing the physical implementation.

In contrast, designs are almost never functionally defined in mechanical design. You might have requirements. You might have a sketch of the concept. The next step, however, is often to sit down and start modeling in 3D. Where’s the functional definition? Where’s the thing that describes the functions the design must fulfill without prescribing the engineering solution? Well, its often in an engineer’s head. It’s almost never documented anywhere.

Let’s say a user loosely defines the functional definition of a design before starting a generative design or topology optimization session. The production constraints are loose. Maybe they don’t capture all of the structural constraints or loads accurately. They ignore excitation. Maybe they select the wrong material. Will that design perform well in its operating environment? Nope. You’ll likely have a test failure.

Instead, let’s say that the engineer is highly disciplined in not only defining the functional definition of the design but explicitly documenting it as an input to the generative design or topology optimization job. Will that produce a good design? Yes. You’ll have a much higher likelihood of getting a design that performs well in its intended operating environment.

Are Expectations for Productivity Gains Reasonable?

Yes. I think these technologies can produce better designs. They can be revolutionary when applied to large structurally-driven components.

Yes. The combination of generative design, topology optimization, and 3D printing will ease design constraints and pitfalls for engineers.

That’s my take. So, what’s yours? I’m interested to hear what others have to say. Sound off in the comments.