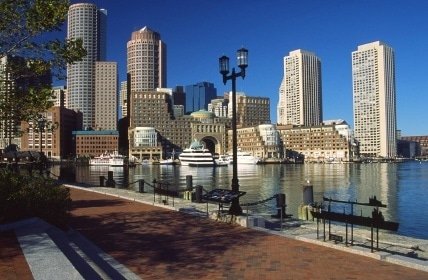 3DEXPERIENCE: I Finally Get It

Since Dassault Systèmes released their announcement 3DEXPERIENCE, many have assumed it was merely a grand vision. It turns out it is something far more tangible.

A couple weeks ago, I was in Boston to attend a few events. Siemens PLM hosted their annual Analyst Event in downtown Boston. Dassault Systèmes hosted a number of industry analysts for an announcement of their Solidworks 2014 release. I’ll provide more details on both of those meetings and what I got out of them. But in this post, I want to focus on something different.

You see, while I was in the area, I also visited with the Dassault Systèmes SIMULIA people in Providence RI and the Dassault Systèmes ENOVIA folks in Waltham MA. Going into these meetings, I was expecting to hear about their specific products the entire time. So I was a little surprised when almost all of the conversations revolved around 3DEXPERIENCE. As a result, I came away from a completely different perspective on just exactly what 3DEXPERIENCE is.

Now, I’ve written about this 3EXPERIENCE things a few times now. When it was first announced, I wrote about how Dassault Systèmes vision for 3DEXPERIENCE was grand in scope, but it was just that: a vision. As it turns out, I was very wrong.

That’s right. It is actually a software application. I think Dassault Systèmes is still working on the exactly name they are going to use, but for now everyone is referring to it as the 3DEXPERIENCE platform. So yes, you will actually launch it. It will come up as a software ‘window’ with the infamous Dassault Systèmes compass in the top left corner. That’s right. That little compass is not just some piece of marketing branding. It will actually be a central piece of the 3D EXPERIENCE platform. Here’s a little more about how you interact with it.

Yes. That’s right. Basically, all of Dassault Systèmes’ product to date, including CATIA, SIMULIA, ENOVIA, DELMIA and more will be accessed through this 3DEXPERIENCE platform. These apps will be granular in nature. So I doubt you will find a CATIA app and access all of its functionality there. The apps will be more like 3D modeling, 3D styling, 2D drawings, 3D piping and so on. Furthermore, you can switch between these apps. Switching changes the action bar at the bottom, which is where you can access specific functionality like extrude, mesh, approve and more. Here’s some of the behavior you get when you do that.

@3DS_SIMULIA briefing > Switching apps changes the action bar in the 3DEXPERIENCE platform, say from #3D modeling to #simulation to #PLM

Now here’s a critical fact; Dassault Systèmes isn’t just jamming every capability into a new software platform. They are actually rationalizing and consolidating that functionality in a way that any of the brands can use them. So there will be a lot of reuse of these capabilities across apps. Here’s an example of how that would work.

In addition to the reuse, different functionalities will be combined to create new apps as appropriate, pulling together capabilities that used to be spread across Dassault Systèmes brands into one app.

@3DS_SIMULIA briefing > Some 3DEXPERIENCE apps r powered by one brand's technologies, like a #simulation pre-processor #CAE

So there it is. This 3DEXPERIENCE thing isn’t some vision, it’s actually going to be the Dassault Systèmes software platform. And as you might have noticed, I used platform in the singular sense. By that, I’m implying that you will no longer fire up CATIA or ENOVIA on its own. You’ll fire up the 3DEXPERIENCE platform and access CATIA or ENOVIA functionality through its apps.

OK. I know that might be a lot to absorb. I’ll be writing some more posts about what it means for different Dassault Systèmes brands in other posts. But there’s a higher level issue that warrants discussion here.

What is the advantage in using the 3DEXPERIENCE platform?

Now, I see all sorts of advantages for Dassault Systèmes. Rationalization of their software capabilities, while initially very taxing, will eventually provide a common set of reusable capabilities available for a wide variety of apps to be build. It’s basically a modular platform strategy, where you can combine different capabilities to create new products. That’s great for Dassault Systèmes. It will let them innovate at the edges instead of duplicating development effort within different brands. But how is that advantageous to users and manufacturers?

The Ecosystem vs. The Platform

Now, the answer to this last question requires some context.

If you look at the software tools supporting product development in manufacturers today, you see an IT ecosystem.. You see a mixture of different software tools that, when used together, provide the capabilities to design, plan, organize and manufacture a product. In such an ecosystem, individuals have to span the game between different software applications. A user has to check out and check in a CAD model. Plans in spreadsheets must be loaded into enterprise systems. You need to copy and paste information from an email into a software field. There are hundreds if not thousands of little interactions that occur every day where individuals span the gap between the software applications in the IT ecosystem used in their product development process. But furthermore, all that activity is actually non-value add. Spanning that gap in the IT ecosystem isn’t actual design or development work. That’s basically the tax for staying organized.

The thing I find interesting about this platform approach is how the gaps are filled for the users. There will likely be no checkout and checkin. Whenever you make a change, the 3DEXPERIENCE platform will track and save those changes. There will likely be many automated capabilities that take care of those hundreds if not thousands of little interactions. The idea is that the platform will fill the gap instead of the user.

I’ve written many times about how engineers today are overloaded. Most are working nights and weekends to meet deadlines in their schedules. Approaches that cut non-value added activities, like spanning the gap between software applications in IT ecosystems, are tremendously valuable in my estimation. We need to find more ways like this to let engineers focus on design work instead of taking on coordinator responsibilities.

Alright. That’s a lot to take in. Let’s recap.

OK. There it is. Now its time for questions. What do you Dassault Systèmes’ brands? Sound off and let us know what you think.