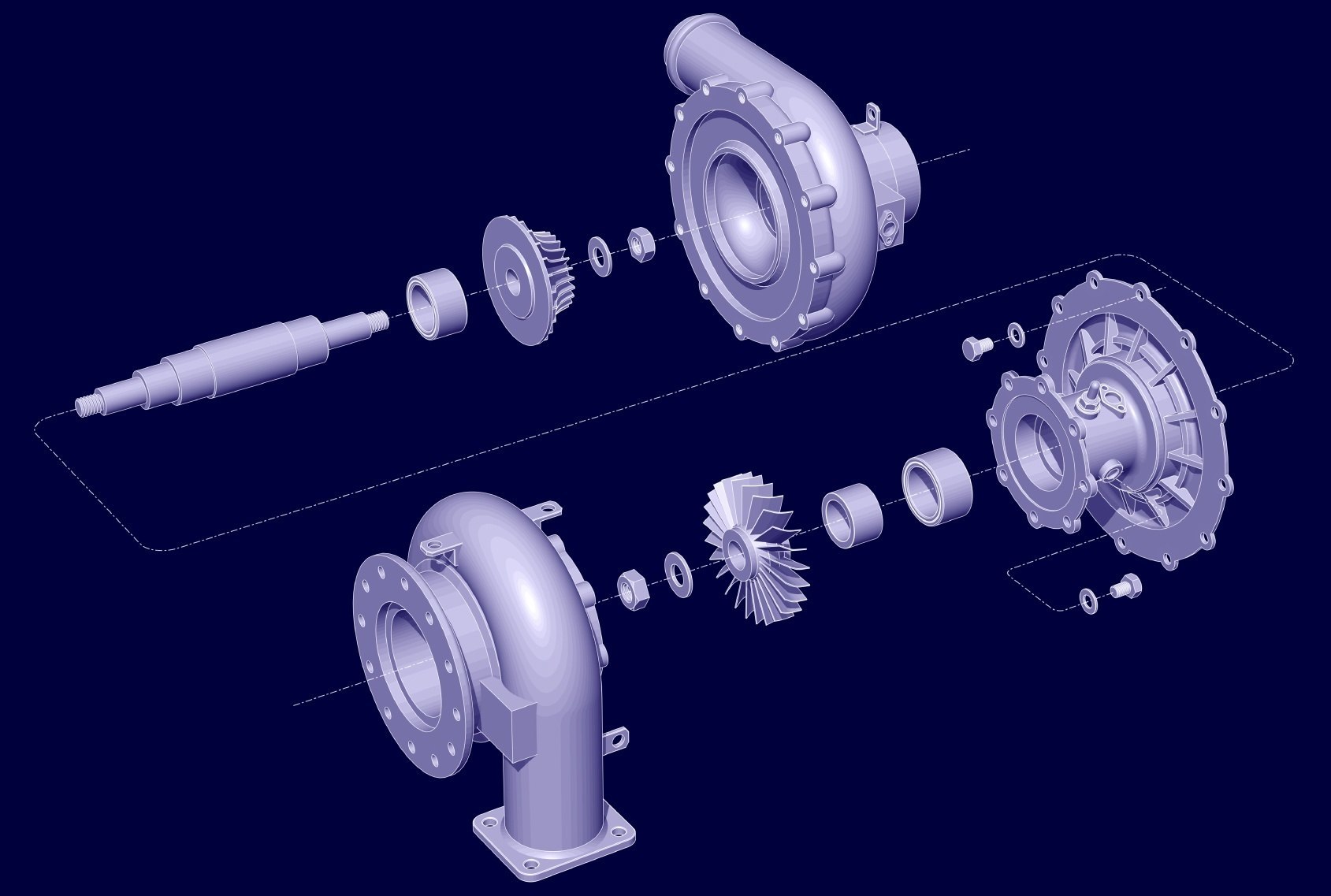 In this post, you’ll get an overview of capabilities provided by NGRAIN’s products, which focus on authoring and consuming 3D-based materials, as well as my commentary and analysis.

Some time ago, I wrote about the Long and Winding Road of 3D Visualization. Basically, what used to be a general technology that could be applied to practically anything has evolved into a wide variety of niche software products, each specializing in a different area. That means there’s lots of ground to cover to get a complete picture of what can be done with 3D models today. What does each one do? That’s the question I had in mind as I reached out to the folks at NGRAIN.

In this post, you’ll get an overview of capabilities provided by NGRAIN’s products, which focus on authoring and consuming 3D-based  materials, as well as my commentary and analysis. And just to give you a hint, there’s an application of 3D models here that I’ve never seen before. Read on!

Alright. Let’s get started. First off, here are what products NGRAIN offers.

Here’s the definition from wikipedia.

These are similar capabilities seen in other software applications. You read in a 3D model, often from CAD, add stuff and publish it out to a number of different formats, which can then be consumed by a broader audience that don’t know how to use CAD or other 3D visualization tools. This is basically table stakes for these kind of tools.

But this is the point where the story gets really interesting.

This might be a difficult concept to understand, so let me cover it piecemeal. Once you add stuff to the 3D model and publish it, you can load it onto a tablet. Again, this is standard stuff. But then you can use it for an augmented reality use. Now for those not familiar with that concept, let me provide some context. Again, let’s reference wikipedia’s definition.

Augmented reality (AR) is a live, copy, view of a physical, real-world environment whose elements are augmented (or supplemented) by computer-generated sensory input such as sound, video, graphics or GPS data.

So let me put this into an example.

You’re looking at the engine in your car. You hold up your tablet and enter an augmented reality app. Now, you can see the engine on your tablet’s screen via your tablet’s camera. Then, the 3D model that had stuff added to it is transparently overlaid on top of the camera’s image. So now, you have the real live physical engine on your tablet’s screen with a semi-transparent digital 3D model representation laid on top of it. To get the live engine and digital engine to align correctly in 3D space, you match up markers. There are predefined ones on the digital 3D model. You simply designate on the life engine where those same markers are at. Viola. The two are aligned.

Now, all of the stuff that has been aded to the digital 3D model can be shown in that overlay. That includes notes, measurements as well as animations. Obviously those animations can show maintenance procedures, disassembly processes, test documentation and much more. But interestingly, that’s not where this use case ends.

That’s right. These digital 3D models already have information embedded in them like part numbers. Integrations can be built to take those part numbers, interrogate an ERP system, pull the inventory numbers agains that part number and show them in this same overlay. Suddenly, this app becomes a lot more than just an augmented reality replay of a digital model. Users can use it as an interface to access information in other enterprise systems.

Sounds like cool stuff, right? But where’s the value?

From a standard authoring-consumption perspective, I’m not sure the capabilities provided by NGRAIN’s products are groundbreaking. Many different software applications can ingest 3D models from CAD, allow users to add a variety of stuff to it and then publish it out to a variety of formats. The 3KO format, which is voxel based, sounds interesting. NGRAIN folks swear for their product’s usability. If this sort of workflow is your objective, check out the products and compare them to others.

From an augmented reality perspective, the story here is compelling. The concept behind 3D-based augmented reality offers a brand new way for users to consume a range of materials, including training, service, manufacturing, testing, quality and much more. The combination of notes, animations and more not just on top of a digital 3D model, but overlaid on top of the real physical item is powerful. It cuts through any errors that can occur when individuals need to interpret documentation. If you’re considering this kind of approach or are already pursuing this approach, take a hard look at this product set.

Folks, that’s my take. I’m curious to get your perspective on this augmented reality case. How close are we to actually putting this into practice? Any thoughts?