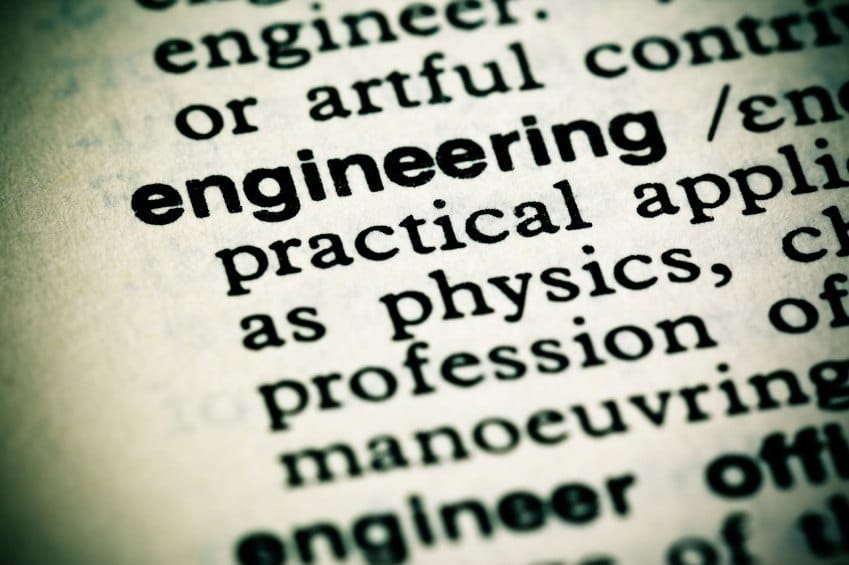 Multiple Intelligences and the Engineer

Have you ever heard someone describe intelligence in different ways? I remember while growing up, someone might be called ‘book smart’ if they were good at school studies or ‘street smart’ if they were wise in the ways of life. However, in general, I think this type of concept was dismissed as myth far more …

Have you ever heard someone describe intelligence in different ways? I remember while growing up, someone might be called ‘book smart’ if they were good at school studies or ‘street smart’ if they were wise in the ways of life. However, in general, I think this type of concept was dismissed as myth far more than science. And now, some decades later, it turns out that there actually may be some science to it all according to the wikipedia entry on multiple intelligences.

The theory of multiple intelligences was proposed by Howard Gardner in 1983 as a model of intelligence that differentiates intelligence into various specific (primarily sensory) modalities, rather than seeing it as dominated by a single general ability.

As it turns out, Gardner proposed that there are actually NINE different intelligences that can be measured. I’ve recently seen a rash of different blog posts relating these different intelligences to different professions, roles, personalities and the like. And when I looked at them, I immediately identified several I thought were critical to engineering. I figured as we think about the future of the engineering profession, it would be good to know which are important and which aren’t. Let’s take a look.

This area has to do with logic, abstractions, reasoning and numbers. While it is often assumed that those with this intelligence naturally excel in mathematics, chess, computer programming and other logical or numerical activities, a more accurate definition places less emphasis on traditional mathematical ability and more on reasoning capabilities, recognizing abstract patterns, scientific thinking and investigation and the ability to perform complex calculations. Logical reasoning is closely linked to fluid intelligence and to g.

Obviously this is highly relevant to just about all engineering fields. It manifests itself in engineering as the calculations you need to perform for physics and other related performance characteristics. As an engineer, you need it for cause and effect analyses like build FMEAs and root cause analyses. This is pretty much the core of what an engineer needs. Most of the fundamental classes in any engineering program would ‘root out’ anyone without these skills.

This area deals with spatial judgment and the ability to visualize with the mind’s eye. Careers which suit those with this type of intelligence include artists, designers and architects. A spatial person is also good with puzzles. Spatial ability is one of the three-factor’s beneath g in the hierarchical model of intelligence.

It’s probably pretty obvious that most any mechanical engineer needs to have good spatial intelligence so they can visualize and see a new product design in their head. But I think this spatial intelligence is applicable to electrical engineering, software engineering and system engineering as well. It’s advantageous for electrical engineers to ‘see’ how components on a board interact with one another, whether that’s in 2D or 3D. Likewise, it would be advantageous for software engineers to ‘see’ how different components or modules of software interact with one another. And finally, it would be advantageous for system engineers to ‘see’ how different multi-disciplinary systems interact with one another through interfaces.

This area has to do with words, spoken or written. People with high verbal-linguistic intelligence display a facility with words and languages. They are typically good at reading, writing, telling stories and memorizing words along with dates. They tend to learn best by reading, taking notes, listening to lectures, and by discussing and debating about what they have learned[citation needed] . Those with verbal-linguistic intelligence learn foreign languages very easily as they have high verbal memory and recall, and an ability to understand and manipulate syntax and structure. Verbal ability is one of the most g-loaded abilities.

When I first saw this intelligence, I almost immediately disregarded it as relevant to engineering. But as I read more thoroughly through the description, it made more and more sense that it is important to today’s engineer.

You see, in the past, the culture of engineering was firmly planted in individual accountability. An individual engineer signed off on a drawing. And if anything went wrong with that design, then executives and managers came back to that specific engineer. But today, there’s far more emphasis on group thinking, building consensus and making decisions together. So there’s been a shift towards team responsibility instead of individual accountability. And what skill does an engineer use in that context? Communication. Now this intelligence specifies verbal communication, and we know there are far more mechanisms to use for communication than that. But nontheless, today’s engineers need strong verbal communication skills to be successful.

I’ve written about this type of thing before in a post titled The Importance of People Skills for Engineers and People Skills in Engineering Education. In general, I do believe that this is a critical skill… or intelligence in this case.

The core elements of the bodily-kinesthetic intelligence are control of one’s bodily motions and the capacity to handle objects skillfully. Gardner elaborates to say that this intelligence also includes a sense of timing, a clear sense of the goal of a physical action, along with the ability to train responses so they become like reflexes.

The athletic engineer? That’s not exactly how I see today’s engineer. But there may be something related.

Old school engineers often didn’t sit at a desk all day. More frequently, they were tinkerers in the shop. They often worked on prototypes most of the day by investigating and experimenting. They often worked with their hands and their ultimate goal was to get it to work.

So in that sense, I see how tinkerer engineers had a high bodily-kinesthetic intelligence. The question is this: does anyone do that anymore?

This area has to do with sensitivity to sounds, rhythms, tones, and music. People with a high musical intelligence normally have good pitch and may even have absolute pitch, and are able to sing, play musical instruments, and compose music. Since there is a strong auditory component to this intelligence, those who are strongest in it may learn best via lecture. Language skills are typically highly developed in those whose base intelligence is musical. In addition, they will sometimes use songs or rhythms to learn. They have sensitivity to rhythm, pitch, meter, tone, melody or timbre.

With this one, I immediately thought it wouldn’t be relevant. But the more I thought about it, the more relevant it seemed. How so? It’s all about timing. A mechanical engineer designing a product with some motion or kinematics in it needs to know how different components interact with one another in time. Not in some generic sense. But in the context of the timing of the entire product. Also, every printed circuit board has a ‘clock’ on it that designates when different signals are sent on different traces between different components. No two signals can be run on a single trace at the same time. So the whole thing turns into a timing problem solving exercise. And while there may not be funky beats running through the engineer’s head, or perhaps there are, they must use timing and rhythm to solve these problems and design products.

This area has to do with interaction with others. In theory, people who have a high interpersonal intelligence tend to be extroverts, characterized by their sensitivity to others’ moods, feelings, temperaments and motivations, and their ability to cooperate in order to work as part of a group. They communicate effectively and empathize easily with others, and may be either leaders or followers. They typically learn best by working with others and often enjoy discussion and debate.

This area has to do with introspective and self-reflective capacities. People with intrapersonal intelligence are intuitive and typically introverted. They are skillful at deciphering their own feelings and motivations. This refers to having a deep understanding of the self; what your strengths/ weaknesses are, what makes you unique, being able to predict your own reactions/ emotions.

Careers which suit those with this intelligence include philosophers, psychologists, theologians, lawyers, and writers. People with intrapersonal intelligence also prefer to work alone.

I found this definition interesting. I don’t generally think of engineers as introspective and self-reflecting. But the preference to work alone did catch my eye. Some engineers are definitely introverts and want to be left alone at their desks. But is there some value that this type of intelligence brings to an engineering job? I can’t clearly see that value right now. Thoughts anyone?

This area has to do with nurturing and relating information to one’s natural surroundings. Careers which suit those with this intelligence include naturalists, farmers and gardeners.

I have to admit, I’m having a tough time seeing any relevance between this intelligence and engineering. Thoughts?

Ability to contemplate phenomena or questions beyond sensory data, such as the infinite and infinitesimal. Careers or callings which suit those with this intelligence include shamans, priests, mathematicians, physicists, scientists, cosmologists and philosophers.

Ahhh. The existential or philosopher engineer. I don’t know about you but I rarely see engineers working beyond sensory data (not that they should anyway). Sorry, but I don’t see the relevance of this one either.

So, where does that put us? Let me summarize with some bullet points.

Well, that’s my perspective. What’s yours? I’d love to hear how other think these intelligences apply. Let us know your thoughts!