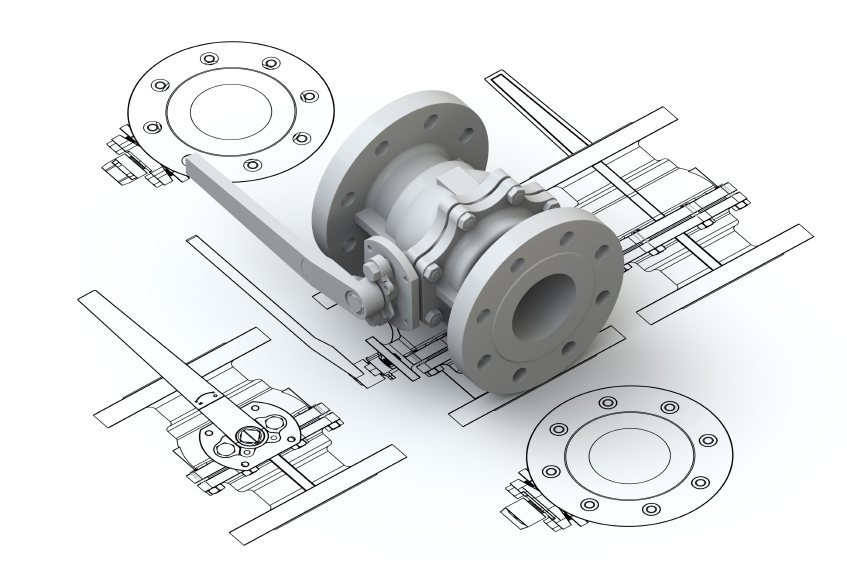 In this post, you’ll see an overview of MBEWeb, a package of software and services offered by Geometric Ltd., which helps organization to make the pursue MBE initiatives.

Have you ever been to the 3D Collaboration and Interoperability Congress in Colorado? Its an event I highly recommend. The focus is not only on CAD interoperability issues, but increasingly on Model-Based Enterprise (MBE) initiatives.

One of the most poignant moments I remember from last year’s event occurred during Ram Pentaokota’s presentation. He is a Global Chief Engineer at Johnson Controls, but also participates heavily with SASIG, the Strategic Automotive product data Standards Industry Group. You can download his slides and listen to his complete presentation audio.

He was giving an update on SASIG MBE activities, which were quite extensive. Specifically, they had documented numerous different use cases for MBE, explaining what information had to be embedded into the 3D model and how a specific departmental consumer would use it. While he walked through those use cases, an important though hit me.

Model-Based Enterprise (MBE) efforts are about process change as much as anything.

You can dump a bunch of really cool technology into an organization, but if you don’t change how they create, share and use information, then you have a low likelihood of success. Since that time, I really hadn’t known of any MBE solution that really took that into account. That is until I had a conversation with the folks at Geometric Ltd.

In this post, you’ll see an overview of Anark Core MBEWeb, a set of software jointly developed by Anark Corporation and Geometric Ltd. along with integration services from Geometric, which helps organization to make the pursue MBE initiatives.

Unlike overviews of some other solutions where I just dive right into the technology, a discussion about Anark Core MBEWeb needs a little preface.

Pulling It All Together

As I mentioned about the SASIG presentation, departmental stakeholders need different combinations of information embedded into 3D models. What I didn’t mention is that the information that some need are spread across various enterprise systems, such as PLM, ERP and MES, desktop applications and more.

For example, someone performing a maintenance procedure might need a 3D animated service instructions, created with a 3D-based documentation tool, a list of service parts, pulled from an ERP system, as well as the existing product configuration, pulled from a PLM system.

The reality of these scenarios, of which there are many, is that non-engineers can rarely pull all of this information together themselves. As a result, they go to engineers to get it. Engineers, along with help from others, pull it all together in a form that is documented. This results in a productivity loss for the engineer.

So what does MBEWeb do exactly? Here’s the overview.

So basically, Anark Core MBEWeb is a solution that pulls all the information, 3D models, information from enterprise systems, etc. together and then publishes a 3D-based deliverable, either in HTML5 or 3D PDF, that a departmental stakeholder can use.

How exactly is it done? Let’s dive into that.

An important first step is to figure out how to aggregate all the information required by the stakeholder into a single place. Geometric Ltd. does this with services with access to API integrations to frequently used enterprise systems to do that. That enables the pull of information from the various enterprise systems into Anark Core MBEWeb.

This isn’t just about dropping text into documents. The information aggregated from the enterprise systems needs to be embedded into the 3D model. Geometric has invested development dollars into Anark Core MBEWeb to support HTML5, which leverages Geometric’s Glovius 3D viewing technology. But some organizations want a file that can be specifically versioned and controlled externally. This is where partnership comes into play.

Enabling the ability to embed this information into 3D models as well as publish it comes from this Anark investment. Very specifically, 3D PDFs are generated using this technology.

Another important step is to automate this repetitive process. Anark Core MBEWorks automates this process with templates.

Once the HTML5 or 3D PDF deliverable is published, it is then managed as any other file.

Where do they come in? There are a couple places.

First, every organization will have different needs for their domain-specific stakeholders (service, manufacturing, quality, etc.). Geometric’s services identify the baseline of needs of those different users.

Second, every organization will have their own unique IT ecosystem made up of enterprise systems. Geometric’s services will integrate that ecosystem into Anark Core MBEWeb, so it can pull the right information for the right stakeholder.

Third, the process by which that information is embedded into 3D models will also be unique. Geometric services will create the automation templates that pull all it together and publish it into the right format.

You now have an idea of how the Anark Core MBEWeb offering works. But where’s the value?

I won’t go into the value of MBE initiatives here. You can read up on that in this post. Its well covered ground.

What I will cover instead, is the difficulty of making the transition. At the 2013 3D Collaboration and Interoperability event, the general consensus was that the technology was pretty much ready. The biggest challenges were now cultural and organizational in nature. I do agree with that sentiment. However, I do think the act of creating these deliverables, pulling information from many systems and embedding them into 3D models, is no simple task.

That’s where I think there is significant value behind this kind of offering. Automating the entire process eliminates a major challenge: getting users to author MBE deliverables in the first place. The onus then falls to the cultural challenges of consuming MBE deliverables. Is this avoiding the issue? Yes. But I think it is better to make progress by avoiding conflict than risking revolt.

Who should consider this solution? Obviously, it only makes sense to those organizations that have already committed themselves to a MBE initiative. If that’s the case, take a good hard look at this offering. However, if your organization is uncommitted, then hold off. You have bigger battles to fight in front of you.

Alright folks. TIme to weigh in. Is the transition to MBE mainly cultural now? Is the technology finally ready or still falling short? Sound off and let us know what you think.