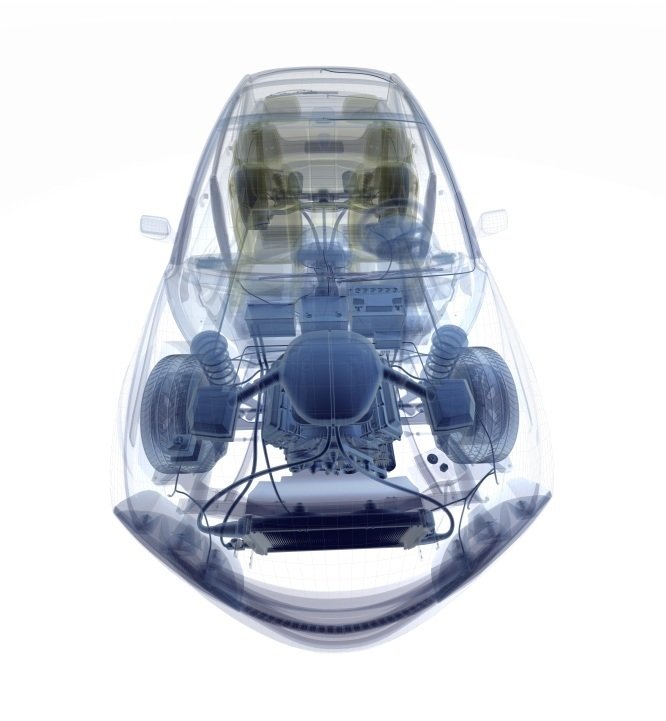 It’s always nice to get a little love. For a long time, it seems as if experts at using software like simulation analysts and CAD designers were getting all the attention. But in the last few years, software providers are increasingly paying attention to the casual user. There are new concept design tools for engineers, …

It’s always nice to get a little love. For a long time, it seems as if experts at using software like simulation analysts and CAD designers were getting all the attention. But in the last few years, software providers are increasingly paying attention to the casual user. There are new concept design tools for engineers, and they often aren’t CAD gurus.. There are new geometry tools for simulation analysts, and they certainly are CAD experts. And here in the past week, we see another piece of simulation software for designers and engineers, this time from Kubotek. What does it do? What’s its value? I’ll do my best to answer those questions. In this post, I’ll provide a little background on this new product, the capability it provides as well as my own commentary and analysis.

On March 21st 2012, Kubotek announced their plans to launch their KeyCreator Analysis product which is based on SEFEA technology (press release). This product should actually be released at some point this spring, most likely May. To date, their offerings have included KeyCreator, a CAD application that primarily utilizes direct modeling techniques, and ECO Manager, which compares changes between different versions of a CAD model or between two CAD models.

So what is KeyCreator Analysis and SEFEA? Let’s look at them one at a time.

In short, KeyCreator Analysis is a standalone software application that lets you perform simulation analysis. It leverages KeyCreator’s direct modeling capabilities to allow for implication and abstractions of simulation models. From an analysis perspective, it includes multi-physics simulations including structures, thermal and electro-magnetics phenomena. Sounds pretty vanilla, right? Well, it gets far more interesting when you start looking at the technology used to perform the simulation.

Before we proceed, what’s up with the name? It’s an analogy standing for Strain Enriched Finite Element Analysis. It basically refers to a the type of algorithm used to solve a simulation. It’s the method that the folks at AMPS Technologies, who partnered with  Kubotek to develop KeyCreator Analysis, use in their simulation software. So it’s in KeyCreator Analysis. Now why is that important?

Well, it all comes down to how FEA equations are solved and what types of elements are used. Traditionally, FEA using tetrahedral elements with only four nodes (think of a triangle pyramid with points at each sharp edge) were too stiff, and in turn they didn’t match up well to real world results. Folks instead used tetrahedrals with additional nodes halfway along each edge to give them ten. That approach gave far more accurate results, however the additional nodes (10 instead of 4) lead to a dramatic increase in time to solve the equations.

Interestingly, some of the other branches of FEA theory such as the Boundary Element Method (BEM) and the Element Free Gallerkin Method (EFGM) used supplemental comparisons of the volume before and after its deformed state to make some adjustments. The folks at AMPs technologies applied this sort of approach to traditional 4 node tetrahedrals. What happened? The results became far more accurate. The good news is that solving a model using 4 node elements was far faster than solving 10 node elements because there less equations to solve.

But there was another interesting side effect. Apparently, the application of this algorithm also made the results far less dependent on the quality of the mesh as well.

The Advantages and Fit

To make a long story short, the SEFEA technology solves analyses quickly and produces results that aren’t terribly sensitive to the quality of the finite element mesh.

The folks at Kubotek see this analysis tool as a breakthrough for common engineers that need to perform simulations. They also think it’s a no brainer tool for expert simulation analysts.

Alright. We know that this SEFEA technology sounds different. We know that it sounds applicable for casual users like engineers and designers as well as more expert users like specialized simulation analyst. But does any of this sound familiar? A brand new simulation technology that can be used for simulation driven design by common users. You don’t need to have much of any simulation expertise. You don’t have to worry about the quality of the mesh. Any of that ringing a bell?

If you rewind 15 years, it sounds a lot like the old Mechanica product that PTC acquired back in 1995. Back then, the breakthrough technology was polynomial elements (p-elements). The concept was to increase the polynomial order of the element edges until the simulation results converged to an answer. Seemed like great technology and it is certainly in use today. However, it never became widely proliferated. And I don’t think anyone would argue that it revolutionized the ability for casual users to perform simulation driven design.

So how is KeyCreator Analysis and SEFEA different? I, for one, see a few differences.

So, can speed, resilience against mesh quality and multi-physics address where other simulation driven design tools have fallen short? I think this tool exhibits the capabilities that can make a difference. But the outstanding question in my mind is will it make a difference? Simulation driven design is an initiative that many engineering executives got behind and then saw fail to take root. Would they be willing to give it another go? I think expert analysts will have to put the technology through the ringer for accuracy’s sake first and then once customer start pronouncing success from the rooftops, then more engineering organizations will pay attention and start to make changes.

Don’t get me wrong. I believe this software’s capabilities are impressive. I just think engineering executives will have to be duly convinced that it can make an impact before they’ll want to ride that simulation driven design horse again.

Alright, time for you to weigh in. Do you think the biggest hurdles to simulation driven design are technological or cultural? What objections have you encountered with your engineering executives? Sound off. I’m interested in your perspective.