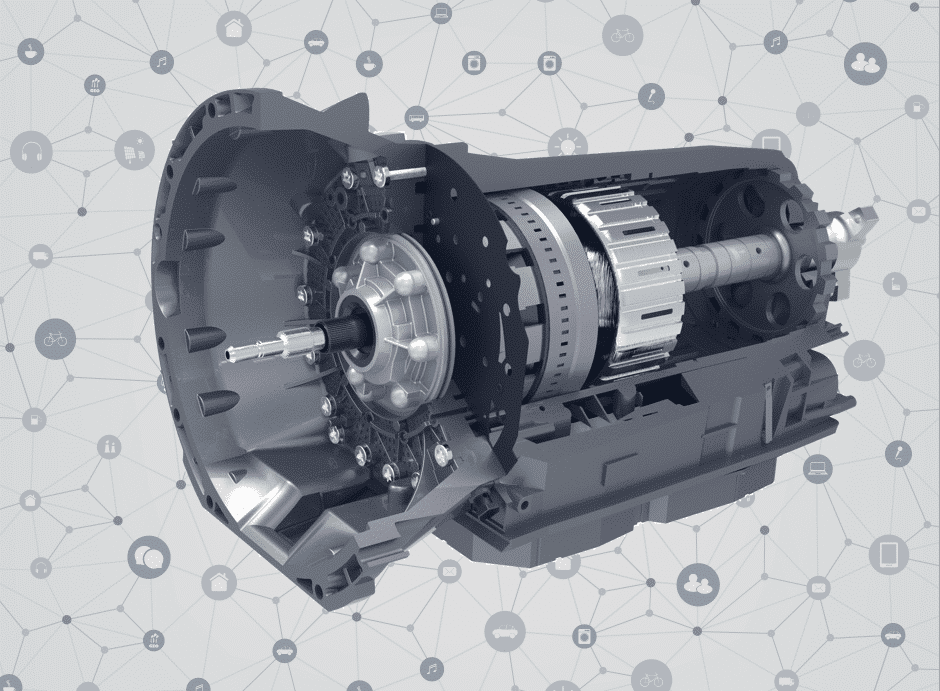 Creo Product Insight is a new module that drives simulation models from IoT sensor data from Thingworx or csv. This post reviews its capabilities and value.

One of the hottest topics in the realm of the Internet of Things (IoT) is the concept of an advanced Digital Twin: the idea that you can run a digital simulation based on sensor data to gain more insight into the operation of a physical product. When it comes to the concept of a Digital Twin, it is still early. There are few solutions out there that can support it. However, one of the capabilities of Creo 4 supports this concept.

This details the capabilities that Creo 4 provides, offers some commentary and analysis and wraps up with a quick summary.

So what exactly is involved here? Well, there’s a module in Creo 4 called Product Insight. Here are the capabilities it provides.

For some time, Creo has had the capability to run dynamic simulations, which are 3D motion models with reaction forces alongside kinematic characteristics. Now, the input for those analyses is called drivers. They specify that a torque or force is applied to a member of the assembly. Alternatively, you can specify the location, velocity, or acceleration of components. You can specify these items initially or over time.

Sensor data that measures the location, velocity, or acceleration of components can be captured off physical products. That’s pretty straightforward. The idea is to use that data as drivers in the Creo dynamics simulation. Then you have a digital simulation that is exactly mimicking the operation of a physical product.

Now, this driver information can be bulk loaded as a csv file into this simulation. And, actually, that’s nothing new. Almost any simulation tool worth its salt has had that capability for some time. The new capability here is automatically sets up a Creo driver from sensor data in Thingworx. That is the new trick here. And it’s a handy one too. There’s no need to manage files. It is fed in.

The great thing about simulations is that they don’t just give you a single point of information, they give you entire fields of data, whether that be spatially or against time. That is an incredibly rich set of data that can be plumbed for insights into performance. Its value extends beyond engineering. That’s why taking that data back to an IoT platform makes sense. And that’s exactly the other capability that Creo Product Insight provides. Let’s dive into that.

We’ve talked about driving Creo simulations with Thingworx sensor data. How do you go the other way? Well, there is this concept of measures in analyses. That measure can track the value of something calculated by the simulation, like torque or a reaction force, at a single fixed point spatially or the max for the entire model. That idea, that concept of a measure, is the analog to a sensor. Except this one is in the virtual world. It’s called a virtual sensor. So now there are virtual sensors tracking some output of the simulation as it is running.

Once you have that, the other capability of Product Insight comes into play. You can send that back to Thingworx. It accepts it as another data stream.

The capabilities we’ve covered with this solution so far are very useful. However, they all require manual intervention. They all require Creo running on your desktop connected to Thingworx. That’s great for specific use cases. Yet, they are all offline.

Some companies want to have this concept of a Digital Twin running in real time in the cloud, constantly adding virtual sensor data to their IoT platform. That’s where the third capability of this offering comes into play. It can run headless. That means it can run without an interface as something akin to a software agent. This lightens the load on whatever compute platform you’re using.

Furthermore, other companies want to run a Digital Twin on the edge. This offering doesn’t support that scenario yet. But I speculate it is on the roadmap as demand for it grows.

Alright. So why is this a big deal? Well, this uniquely addresses a number of issues with Digital Twins.

With Smart Connected Products and Digital Twin, these circumstances change. You have operational and usage data on your IoT platform. You can enrich data with virtual sensor readings from your Digital Twin. That data replaces assumptions. That dramatically reduces the chances that you’re defining requirements based on the wrong assumptions.

We’ve had this concept of virtually prototyping a product for some twenty years now. Test it digitally so when you reach the prototyping phase, it passes in one test. As we’ve transitioned from products to smart connected products, we’ve wandered into product areas that really do need to be verified before prototyping. Specifically, there’s the issue of sensors.

When instrumenting a product with sensors, there’s always the question of whether the sensors have been placed in the right place. Simulations can be used as the starting point. However, that assumes you have accurate conditions. With a Digital Twin, engineers can progressively develop their sensor strategy. They can first add a few sensors, testing out the placement of others as virtual sensors on a Digital Twin. As they progress, they are pinning down more and more sensors in the right place with the Digital Twin leading the way.

There are some circumstances when you cannot place a sensor for something you want to measure. Sensors cannot be placed in some radioactive environments. Sensors can’t be placed at the center of gravity of a complex assembly with wide ranges of motion, but it can be calculated. There are many scenarios where it would be valuable to measure something, but a sensor simply can’t be placed where it needs to be. That’s where a virtual sensor in a Digital Twin adds a tremendous amount of value. Virtual sensors allows engineers to virtually measure things that can’t be physically measured with sensors.

We already touched on configuring your sensor strategy for a smart connected product. However, you can’t figure out the right configuration of sensors from an MCAD model alone. Why? Because ultimately you want any sensor data you send to an IoT platform to act as forward warning for some kind of failure. You have to analyze the data you’re capturing to see if something anomalous stands out. You have to see if the machine learning capabilities of the IoT platform picks up on it. So, you can’t optimize the configuration of sensors on your product, but you don’t know if they are the right sensors.

Building a physical prototype and feeding an IoT platform the data is one way to do it, but that is often very late in development when there is little design flexibility. Instead, a Digital Prototype could be used to send virtual sensor data to the IoT platform. That allows a company to virtually test the IoT platform before anything physical is built.

Alright, folks. That’s my take. I’m interested to get your thoughts on these new capabilities and their implications. There’s a lot to take in.