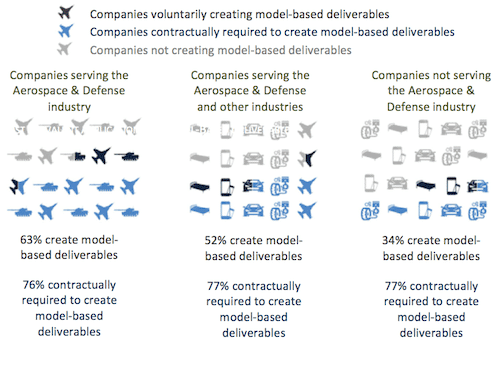 This finding shows the rates at which MBE initiatives are being adopted. It also shows why organizations are pursing them.

What a grand vision. Some 10 years and more ago, during the rise of feature-based parametric modeling, the idea of using a 3D model as manufacturing documentation instead of a 2D drawing took root.  Going drawingless in the industry seemed like an inevitability. Fast forward to now, and where are we?

To really answer that question, and others along the way, Lifecycle Insights launched the 3D Collaboration and Interoperability study in partnership with Dave Prawel of Longview Advisors, which culminated in the publication of the 3D Collaboration and Interoperability Report. One of the most important questions to answer through his study was to ask how many companies are pursuing MBE initiatives. And we did ask that. But was also asked another key question: are companies pursuing MBE efforts due to contractual requirements. The resulting picture is interesting, if unsurprising. 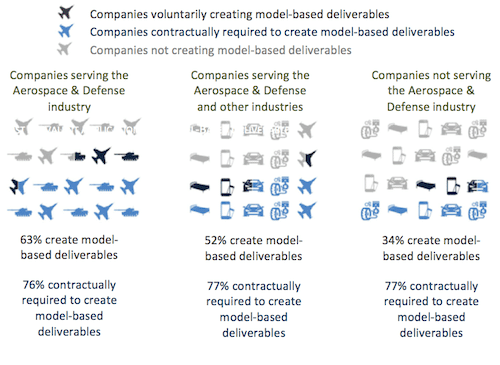 There are a few critical points to make about these findings.