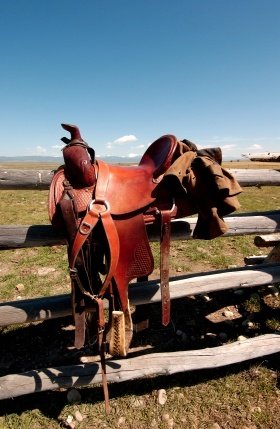 Is the Age Profile of Engineering a Saddle?

Imagine if we mapped the number of engineers (y-axis) against their age (x-axis) for a particular engineering organization. What would the distribution curve look like? Well based on historical hiring demand and the relative sizes of different generations, we can project what it would look like. It resembles a saddle.


In the last post in this series, I wrote about how the face of a modern engineering organization is not age-homogeneous, but instead is multi-generational. But in reality, it’s actually far more complicated than that. I first got a hint at that complexity when I listened to presentation from Raytheon (wikipedia entry), an aerospace & defense manufacturer, at the 2010 PTC/User World Event in Orlando Florida. Mainly their presentation focused on their PLM deployment, but there was an undercurrent to generational issues in engineering. Specifically, he referred to it time and again as managing the saddle. Let me explain.

Imagine if we mapped the number of engineers (y-axis) against their age (x-axis) for a particular engineering organization. What would the distribution curve look like? Well based on historical hiring demand and the relative sizes of different generations, we can project what it would look like. In the ’70s and ’80s, there was a glut of hiring from the Baby Boomer generation. So it starts with a peak. Then in the ’90s and early ’00s, with Gen X being smaller and less drawn to engineering careers, hiring in engineering organizations tailed off. Fast forward to late ’00s and now, there’s an upswing in hiring engineers out of Gen Y. So overall, our engineering age distribution curve started high, sloped down into a valley and has come back up. It resembles a saddle.

What’s the problem? It might be easy to theorize some potential issues. But last week, I had a chance to talk with Howard Schimmoller (LinkedIn profile), a 20+ year veteran engineering project and program manager formerly with Lockheed Martin, and get his perspective on the issue. We talked about this in the midst of a longer yet-to-be-posted podcast, but here’s the excerpt on what he calls the generational trough he saw at Lockheed Martin.

Howard’s point, for those of you that don’t have time to listen, is that from a succession perspective, you have to go back a generation and a half to find suitable replacements. This is particularly troubling given the impending threat of baby boomer engineer retirement. Not only would many engineering organizations find much of their knowledge walking out the door but that there’s an absence in the number of senior tenured engineering staff to pick up the slack. In a highly technical field like engineering in industries where design decisions can make or break a company, that’s just plain scary.

In the next post in this series, we’ll talk about these baby boomer engineers. Many industries are scared at what will happen when they retire. But interestingly, some studies are showing they might not exactly be ready to exit stage left quite yet.