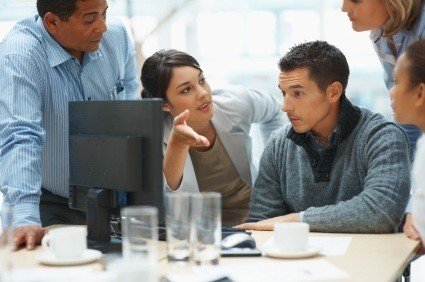 The Challenge of GenY’s Expectations for Engineering

Do you remember what is was like when you were first hired as an engineer? Do you remember the type of work you did? Did you enjoy it? Was it fulfilling? I imagine some of you are laughing at that last question. But in all seriousness. Think about it. Now hold on to that thought while we start to talk about Gen Y engineers. These are the people just graduating from engineering school and getting their first job. They’re just starting off their professional career. Think they’re in the same mental state you were in? Actually, that’s very unlikely.

This series of posts covers a number of issues related to the differences in generations specifically in engineering organizations. Today’s post looks at the attitudes of the Gen Y cohort, those that are 27 years old and younger, in the workplace. In the context of an engineering organization, the traditional wait for ‘meaningful work’ for younger employees will have a more adverse effect.

Do you remember what is was like when you were first hired as an engineer? Do you remember the type of work you did? Did you enjoy it? Was it fulfilling? I imagine some of you are laughing at that last question. But in all seriousness. Think about it. Now hold on to that thought while we start to talk about Gen Y engineers. These are the people just graduating from engineering school and getting their first job. They’re just starting off their professional career. Think they’re in the same mental state you were in? Actually, that’s very unlikely. Before I dive into that, let me give you some back from a Tammy Erickson blog post at the Harvard Business Review on Generation Y’s First Impressions of Us and work overall.

They are happy to handle “big” jobs and tackle them with confidence. Without a doubt, the most engaged Y’s were those who felt that they’d been given very challenging assignments: “They gave me full responsibility for a project. Very cool.” “My project is visible enough so people know what I am doing.” “I’m doing something that has value.” They were not the slightest bit deterred by what older workers might perceive as their lack of experience or even limited qualifications for the task at hand. Most Y’s felt sure that they could tap into appropriate sources to learn how to do what needed to be done: “I like the fact that the boss gives me a project and I can just handle it.” “I’ll figure it out.”

They are impatient and want what they’re doing now to be as enjoyable and meaningful as possible. Although this extends to life in general for most Y’s, it certainly applies to the work environment. The least engaged Y’s in our groups were those who felt they had been given “prove it” work — tasks that had to be done to earn the right to move on to something more significant. As I argued in an earlier post (“What Are They Thinking?“), I believe this sense of impatience is not a reflection of youth (as many older bosses would love to believe), but will continue to be a defining hallmark of Generation Y throughout their lives. Teenage years marked by events such as 9/11 and Columbine have left most Y’s with the clear sense that making the most of things today is a pretty sensible rule to live by.


They don’t necessarily want your job. We were pretty surprised by the number of Y’s who said their boss’ job just didn’t look “worth it.” The trade-off of time and stress versus whatever incremental money or prestige that next job on the corporate ladder carries doesn’t appear like a smart deal to many in entry-level corporate jobs: “A manager’s schedule is hard. It’s a lot to ask, to give up your weekends, screw up your schedule and life, and not get paid enough more to make it worthwhile.”

And, they are positively amazed by corporations’ obsession with time — both the absolute amount we spend on work and our emphasis on specific times: “I need more days off . . . as a young person, you have to wait five years for three weeks vacation . . . by then you’re 28, you have kids, and you can’t do anything.” Most of the focus groups concluded that their work environments were pretty inefficient — they and their friends outside the office get “things” done (problems resolved, information shared) much faster and with less effort than they and their work colleagues. And, as habitual “time shifters,” (See “Do You Want a Date . . . Or a Quart of Milk?“), they prefer to do the work on their own schedules: “What is it with you people and 8:30 a.m.?”

Now that’s a little different from the attitudes of Boomer and Gen X engineers in the workforce, right? Most engineers when first hired into a manufacturer have to wait for 4-7 years before being assigned important work. On top of the shortfall of graduates from Science, Technology, Engineering and Math (STEM, wikipedia entry), Gen Y engineers with this sort of mismatched expectation about doing important work early in their career will drive them to adjacent fields. As a result, the shortfall in STEM fields will only be exacerbated. And despite the fact that the Gen Y generation is almost as big as the Boomer generation, it will be increasingly harder to find employable engineers.

What do you do about it? With the issues around a jobless recovery where projects are understaffed, accelerate Gen Y into meaningful work with appropriate failsafes like frequent reviews and mentoring programs. It’s better to turn them into effective engineers that leave them on the bench. Especially right now.