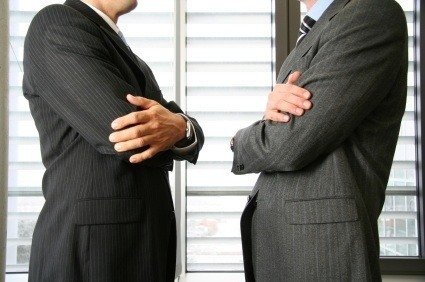 Honing in on the Source of Conflict on Multi-Generational Teams

In this series, we’ve talked a lot about the characteristics of generations and how different they can be. But as of yet, we really haven’t delved into why those differences can lead to conflict in the workplace. To start with a baseline, let’s take a look at Tammy Erickson’s post on the Four Biggest Reasons for Generation Conflict on Teams from the Harvard Business Review blog.

This series of posts covers a number of issues related to the differences in generations specifically in engineering organizations. Today’s post looks at the issues at the root of conflict between engineers of different generations.

In this series, we’ve talked a lot about the characteristics of generations and how different they can be. But as of yet, we really haven’t delved into why those differences can lead to conflict in the workplace. To start with a baseline, let’s take a look at Tammy Erickson’s post on the Four Biggest Reasons for Generation Conflict on Teams from the Harvard Business Review blog.

Choosing where and when to work. Listen to the language: many older colleagues speak of “going to work.” Members of older generations often view work as a place – a location you go to at a specified time, say from 8:30 am to 5 pm …Younger workers, in contrast, tend to view work as something you do — anywhere, any time. They have grown up in an asynchronous world — filled, for example, with digital TV recorders that allowed them to watch any show at any time.

The crux of most technology-based team misunderstandings is not the technology per se – it is how team members interpret each others’ intentions based on communication approaches. Younger members are accustomed to rapid responses from peers; they are likely to feel frustrated and, at times, rejected if they don’t hear from older colleagues for a day or so. Team members from older generations may not only be uncomfortable with digital communication, they may even feel offended by a lack of face-to-face or at least voice-to-voice interaction, or left out of the loop … Boomers and X’ers are planners and schedulers; Gen Y’s are coordinators. When faced with a need to meet, Gen Y’s are likely to ascertain each other’s immediate coordinates, and then home in on each other. Older colleagues would almost certainly prefer to rely on pre-planned schedules — and may be very annoyed by younger team members’ seemingly seat-of-the-pants approach. To Y’s, the extent of scheduling that goes on in most workplaces today seems stultifying and inefficient.

Do these issues really apply to the engineering organization? Let’s think about some of these points.