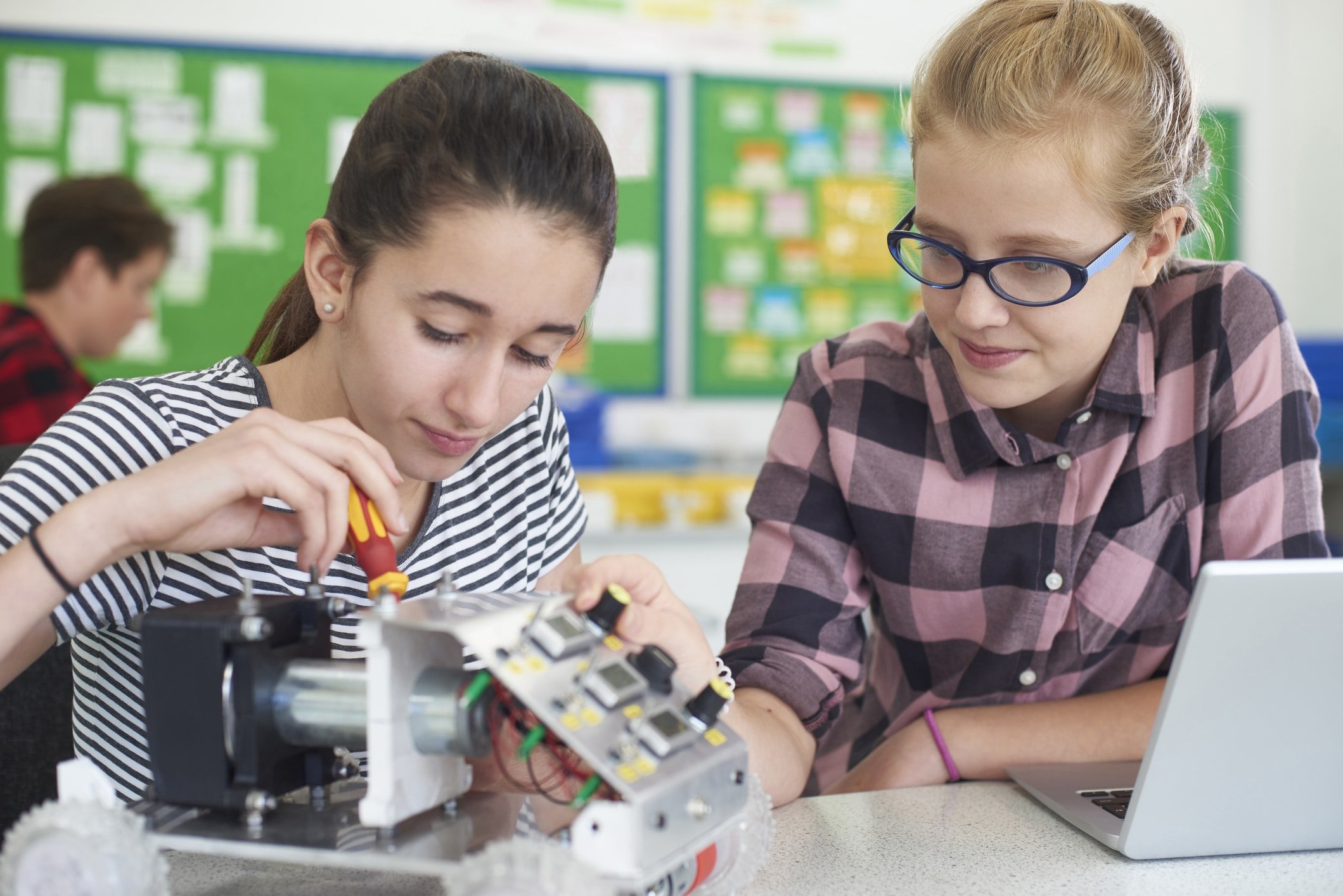 In this article we look at how K-12 schools are emphasizing diversity in their STEM programs.

STEM Diversity K-12: The Importance of STEM Learning for Young Women and Minorities

More and more, the shortage of both women and minorities going into STEM fields has been recognized. Many colleges and universities acknowledge that the lack of diversity in STEM college graduates is an issue and are working to address it. However, a recent study led by psychologist Lin Bian demonstrates that by the young age of six, girls are already deciding that they are not “really really smart,” even when they get good grades.

That’s a problem, because a 2015 study reveals that the more women believe a field requires raw brilliance, the less likely they are to go into that field. Parsing this out, if young girls believe that they do not possess brilliance, even when they get good grades, and that fields like math, technology, and science require brilliance, then they are much more likely to avoid those fields.

As for issues of race cropping up in the classroom, an NPR article highlights the racial differences in school discipline: black children make up 18 percent of preschoolers (four- and five-year-olds) but make up nearly half of all suspensions.

And the Brookings Institute recently pointed out that when the Wake County Public School System in North Carolina began using an objective placement policy for its advanced math classes, racial and gender gaps decreased. That implies a subconscious bias in teachers, since they were the ones previously responsible for placing students in those advanced math classes. Students who take classes like advanced math are more likely to major in STEM fields in college.

In 2013, Jackson Elementary School in California won a federal grant to support programs that increase diversity and choices for parents in public schools. For a school where nearly 88 percent of students qualify for free and reduced-price meals and nearly 43 percent are English language learners, the grant helped the school further develop their interdisciplinary STEM program.

The goal of the school is to turn children into critical thinkers, working with others to solve problems and create projects in an environment that emphasizes the synergy of science, technology, engineering, and mathematics. The school uses resources like a community garden and sea creatures in tanks for everyday active learning.

Scientists from nearby California Institute of Technology (Caltech) and Jet Propulsion Laboratory routinely visit the classroom, and Caltech also hosts a summer science program for students.

Jim Brodie Brazell, a technology consultant for the school, notes that quality programs like Jackson’s give students the opportunity “to learn through feedback, to get it wrong and to make an adjustment and to learn from that.” The ability to experiment and learn from mistakes is an important skill in STEM fields.

The school, which started in 2011, is a six-year program that gives students from lower-income backgrounds the chance to earn a high school diploma, as well as a cost-free associate degree in a STEM field.

Considering that more than 70 percent of CUNY’s students don’t complete a two-year degree in two years because of the need for remediation, people like Rashid Davis, the founding principal of Brooklyn P-Tech, felt that there had to be a better way. “[T]he thought was, if you have this public-private partnership, could an early start lead to better outcomes?”

P-Tech students are eligible for a paid internship at IBM, and many take a full-time job at IBM after graduating. Another plus, considering the amount of debt that many college students take on, is that P-Tech students graduate with no debt.

Davis states, “It’s not enough just to say ‘free college.’ There’s free high school across the country, but that doesn’t mean that everyone is finishing with the skills they need to be prepared to move on.  So it really is the industry involved that actually can say ‘We know that students need more research skills, we know that students really need to know how to present projects, make an argument.’ That makes a difference when they’re trying to get a job.”

Diversity: The Jolt We Need to Innovate

Dr. Patty Lopez, a Senior Platform Applications Engineer for Intel Corporation, notes that when user design for car airbags did not take women into account, there were deadly consequences. Women were also not a part of medical trials to study heart disease at first, so the fact that women have different symptoms for a heart attack was overlooked. “[W]ithout a range of perspectives, we limit our ability to understand and design for our customers, and undermine our continued relevance and growth as an industry. Not only is including a more diverse group in the design process, and the workplace at large, the right thing to do, it’s just good business.”

Scientific American recently made the case for diversity by rerunning an article underlining the point that social diversity enhances creativity and problem solving. The article points out that many studies and decades of research support this fact. Part of this result simply comes from divergent viewpoints. But there’s also this: “When disagreement comes from a socially different person, we are prompted to work harder. Diversity jolts us into cognitive action in ways that homogeneity simply does not.”

Clearly diversity is a hot topic, so we will periodically circle around to touch on the many schools and programs in the U.S. that encourage diversity. Next time we’ll look at the case for active learning, and how this idea is influencing our universities.