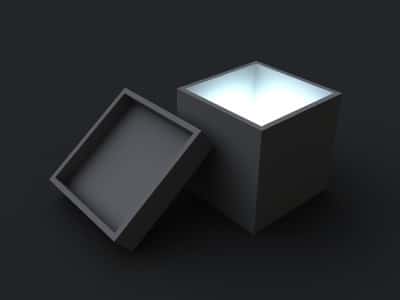 The issues around designing and engineering a product are often so complex, it can be difficult to relate that to other stakeholders in the development process, including those in the c-suite. That’s why these other stakeholders have traditionally seen design and engineering activities as far more of an art and than science. To them, engineering has been like a black box. Market needs and requirements went in the front. Product designs popped out the back. And for the most part, engineering was left alone…

This series of posts covers the relationship between the engineering executive and the c-suite executives in a manufacturer. This post looks as the increasing need in the c-suite’s visibility into engineering operations.. This background will be the basis for future discussions and posts on this set of relationships.

If you had to guess, do you think that the c-suite executives in your company view the process of engineering a product more of an art or more of a science? Based on my experience, even though engineering is heavily based in science, their answer might surprise you a bit. Before I give you my perspective on that initial question, let me preface it with a fictitious conversation that represents the general tone of the conversation between engineering and the c-suite that I’ve heard before. In this case, a c-suite executive’s bumped into an engineer and wants to know status of a development project.

Kevin the CEO: Oh…hey…Bob. Glad I ran into you. I wanted to talk to you about your project. What’s going on with that one issue?

Bob the Engineer: Well…there’s a problem with compatibility between the… *trails off*

Kevin the CEO: I’ll catch up with your manager and get an update from them.

*Kevin the CEO walks away with a frown*

OK, so maybe I’ve embellished this story a little bit. But my primary point, based on my experience, is still valid. It’s that the issues around designing and engineering a product have been so complex, it has been difficult to relate them to other stakeholders in the development process, including those in the c-suite. When pressed on a busy schedule, the underlying tone from engineering to the rest of the organization often became it’s too complicated, you wouldn’t understand. That’s why other stakeholders have traditionally seen design and engineering activities as far more of an art and than science. To them, engineering has been like a black box. Market needs and requirements went in the front. Something magical and unknown happened in the middle. Product designs popped out the back. And for the most part, engineering was left alone.

But times are changing. In the last post on the relationship between the c-suite and the engineering executive, I wrote about the imperative the c-suite is placing on new product development to drive profitable growth in the economic recession. Because engineering is so core that that strategy, c-suite executives want to know what’s going on in the latest development projects. They aren’t content with the what we do engineering is really complicated, you wouldn’t understand answer. In other functional areas of the organization such as production, sourcing and others, there have been a variety of recent initiatives to gain visibility into operations for the sake of business continuity. For engineering,  this sort of requirement may seem yet another burden on top of everything else. However, it may not be such a bad thing. From a c-suite executive perspective, if engineering is such a black box and can operate in a relatively detached manner, they might ask themselves a scary question: why not outsource the entire engineering group? Insight into how complex engineering really is and getting them to personally invest in product development changes the tone of that conversation dramatically.

So far, we’ve outlined an important issue about providing visibility into engineering for the c-suite. How do you go about delivering it? Ultimately, the objective here is to make engineering a more transparent box instead of a black box. There’s lots of things that can be done there like defining the development process, identifying key metrics to track and measure and potentially investing in Business Analytics (wikipedia entry) and reporting for c-suites executives. But these are longer discussions deserving of their own future posts.

In the next few posts, we’ll start to talk about some of those approaches, but also, we’ll hear from some executives on how they manage their relationships with the leadership of their company.