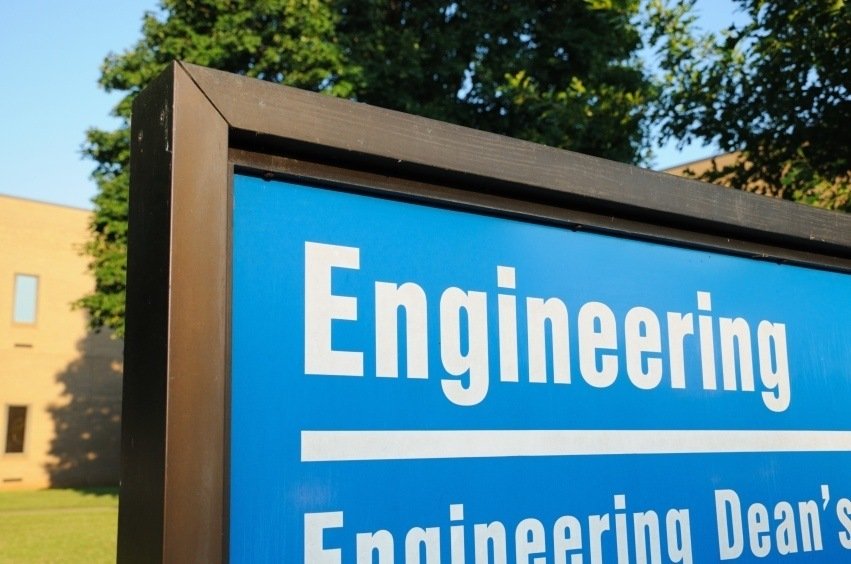 Apprenticeship as the Future of Engineering Education

Where’s the next generation of engineers going to come from? Longstanding question. Right? At the rate we’re going, we won’t have enough graduating engineers to fulfill the employment needs of manufacturers in the United States as well as several European and Asian countries. Seems we’ve beaten this horse before. Yet I haven’t really seen any …

Apprenticeship as the Future of Engineering Education Read More »

Where’s the next generation of engineers going to come from? Longstanding question. Right? At the rate we’re going, we won’t have enough graduating engineers to fulfill the employment needs of manufacturers in the United States as well as several European and Asian countries. Seems we’ve beaten this horse before. Yet I haven’t really seen any great solutions.

A few weeks ago though, I came across an academic research paper and a blog post that really got me thinking. Got me thinking that maybe we’re thinking about this engineering education problem all wrong.

A Problem that Can’t Be Solved?

First off, I came across a paper written by a number of academic professors that I thought summed up the problem pretty well. It’s called The Future of Engineering Education II: Teaching Methods that Work (link leads to a pdf). This is part of a larger series that I have yet to investigate fully but the following passage is what struck me. I summarize my takeaway from it immediately below the quoted passage.

Deficiencies in engineering education have been exhaustively enumerated in recent years. Engineering schools and professors have been told by countless panels and blue-ribbon commissions and, in the United States, by the Accreditation Board for Engineering and Technology that we must strengthen our coverage of fundamentals; teach more about “real-world” engineering design and operations, including quality management; cover more material in frontier areas of engineering; offer more and better instruction in both oral and written communication skills and teamwork skills; provide training in critical and creative thinking skills and problem-solving methods; produce graduates who are conversant with engineering ethics and the connections between technology and society; and reduce the number of hours in the engineering curriculum so that the average student can complete it in four years. This is an impressive wish list—especially when the last item is included—that cannot possibly be fulfilled using the approach to educating engineers that has predominated in the past 50 years. If, for example, courses continue to be confined to single subjects (heat transfer in one course, thermodynamics in another, environmental engineering in another, technical writing in another, etc.) it will take a six- or seven-year curriculum to produce engineers who have the desired proficiency in the fundamentals and are conversant with methods of modern engineering practice, culturally literate, and skilled in communication. Moreover, if students are assigned only well-defined convergent problems, they will never gain the skills needed to tackle and solve challenging multidisciplinary problems that call for critical judgment and creativity. Finally, even if nothing new is added to the existing curriculum, confining it to four years will be almost impossible unless more efficient and effective ways to cover the material can be found. The reality is that better teaching methods exist. The literature in general education, technical education, and educational psychology is replete with methods that have been shown to facilitate learning more effectively than the traditional single-discipline lecturing approach. Unfortunately, these developments have so far had relatively little impact on mainstream engineering education. Although their content has changed in some ways and the students use calculators and computers instead of slide rules, many engineering classes in 1999 are taught in exactly the same way that engineering classes in 1959 were taught.

Bolded emphasis is mine.

Basically, what I get from this is the following. There are calls for broader based engineering education like technical writing, people skills and the like. There are also calls for more fundamental education in engineering physics. Then there’s the education on problem solving techniques. And of course, this is all focused mainly on issues that reside within a single engineering discipline. All this leads to the impossibility, if educational focus remains on traditional methods, of completing an engineering degree in 4 years. In fact, as the paper states, it’s far more likely to be 6-7 years instead. Most trouble, with the overall issue of engineering education and not with this paper, is that we’ve yet to begin to talk about the younger generation’s lack of interest in engineering fields. The paper proceeds to talk about some solutions to engineering education being pulled and tugged at in a variety of different directions. But it really doesn’t touch upon a more troubling issue I stumbled upon about a week later.

Have you ever heard of the Brazen Careerist? It’s basically a networking site for young professionals. It was started by Penelope Trunk, who has since moved on to other things but runs an interesting blog. I don’t always agree with what she has to say. But I do keep track because she has an interesting perspective and challenges some of my fundamental assumptions, which I find valuable. Regardless, one of those challenges to a fundamental assumption came from one of her blog posts titled Generation Z Will Revolutionize Education. It lists a number of ways the internet generation will dramatically change the education system but I found the following to be most interesting.

The college degree will return to its bourgeois roots; entrepreneurship will rule. The homeschooling movement will prepare Generation Y to skip college, and Gen X is out-of-the-box enough in their parenting to support that. One of the books that really changed the way I think is Zac Bissonnette’s book, Debt-Free U . He explains why no one should go into debt for college. It’s just not worth it. He says, even if your parents have the money to pay for college, use it for something better—like buying yourself a franchise and learning something that’ll really help you establish yourself in the adult world. Baby Boomers are too competitive to risk pulling the college rug out from under their kids. And Gen Y are rule followers —if adults tell them to go to college, they will go. Gen X is very practical and is also the first generation in American history to have less money than their parents. So it makes sense that Gen X would be the generation to tell their kids to forget about college. Ninety percent of Gen Y say they want to be entrepreneurs , but only a very small percent of them will ever launch a full-fledged business, because Generation Y are not really risk takers. However I am guessing (based on links like this one) that most members of Gen X have, at some point, worked for themselves. The entrepreneurship bug will be in full force when Gen Z comes along. They will feel they have no choice but to do that or weather an unstable workplace with huge college debt. People will trade in a college degree for on-the-job learning. The result will be a smarter workforce and the end of universities as a patronage system for philosophers.

Maybe this is far-fetched. Maybe Penelope’s in left field. But could she be right? Think about your engineering career. How much of your engineering education has been directly applied to your profession? How much of those statics, dynamics, thermodynamics and fluid dynamics have you forgotten… much less the underlying calculus and physics?

Many manufacturers with plenty of weight already are constantly approaching ABET, the accrediting organization that approves engineering curriculums at Universities, saying that today’s graduating engineers aren’t ready for real work. Those manufacturers are frustrated that they have to reeducate them to be functional. In that light, could a mix of a sponsored educational program and real-world apprenticeship be right for the future?

I think we all know the future of engineering education is facing some serious challenges. Academia is simultaneously being asked to address more engineering fundamentals, to provide more generalist skills, to cover the broader range of mechatronics and do it all in four years. And on top of that to make it all appealing to the next generation. But homeschooling, which is on the rise, could drive a major change for college education. And for engineering, maybe that’s not a bad thing? It could afford manufacturers the opportunity to drive educational curriculums and to get the next generation of engineers on the job training.

So here’s what I’d like to hear from you. Fundamentally, how valuable was your engineering education for your career? Do you think it would be feasible to become an engineer with a focused educational program and apprenticeship? As always, sound off and let us know what you think.