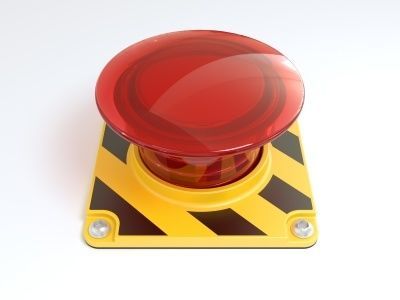 Time to Push the Alarm? The Braindrain Threat from Boomer Engineer Retirement

If there were an even distribution of engineers across age groups, then retirement of an entire generation would take away about a third of your staff. However, the saddle shape of the age employment curve means that many engineering organizations are heavily front loaded with Boomer engineers. Furthermore, the far smaller group of Gen X engineers means that there’s not a one-to-one tenured replacement for every retiring Boomer.

This series of posts covers a number of issues related to the differences in generations specifically in engineering organizations. Today’s post addresses the traditional line of thinking about the impending wave of Boomer retirement and the problem with the associated brain-drain on engineering organizations. However, according to some industry experts, the scenario may not play out the way everyone has been predicting.


It’s been the elephant in the room, right? It’s the issue everyone has basically conceded but no one quite knows exactly what to do about it. I’m talking about the fact that the Boomer generation of engineers are approaching retirement age and, if there is a mass exodus, the resulting knowledge loss at an organization level that could nearly cripple product development in many manufacturers. How did we get here? Let me give you a little background.

Remember in the last post in this series how the age distribution curve in an engineering organization resembles a saddle? There are lots of Boomers, much fewer Gen X’ers and a moderate amount of Gen Y’ers. If there were an even distribution, then retirement of an entire generation would take away about a third of your staff. However, the saddle shape of the age employment curve means that many engineering organizations are heavily front loaded with Boomer engineers. That’s far more than a third. Furthermore, the far smaller group of Gen X engineers means that there’s not a one-to-one tenured replacement for every retiring Boomer. The ratio is probably closer to one-to-two instead. Further exacerbating the problem is the shortfall of STEM graduates that engineering organizations can recruit and hire. All of this combines into a perfect storm of organizational knowledge loss and decision making experience. Overall, the situation leaves many an engineering executive wringing their hands in concern. Without the right people, you make more mistakes in development, the products are less compelling and product costs tend to be higher. That, in turn, equates to profit loss.

Don’t hit the alarm button quite yet though. Some recent studies have found that the Great Recession have adversely affected the financial positions for the Boomer generation. As a result, many are delaying some of those retirement plans. Here’s an excerpt from the USNews article ‘Most Baby Boomers Plan to Delay Retirement’ that cites a recent PEW research study.

American workers are increasingly planning to delay retirement. Among employed adults ages 50 to 61, 60 percent say they may have to delay their retirement because of the recession, according to a Pew Research Center telephone survey of 2,967 adults released today. And 35 percent of those age 62 and older say they’ve already pushed back their retirement date.

But the motivation might not all be financially oriented. In fact, some of the reluctance comes from the psyche makeup of the Boomer generation. Tammy Erickson, who has conducted research study after research study on generational traits and characteristics,  admitted the traditional thinking about Baby Boomers may be off in a recent post to the Harvard Business Review blog. Here’s the most relevant excerpt.

I spoke with a company recently that had offered a “deceleration” option to older employees – with no takers. Hmm . . .

I’ve argued for several years now that one of the keys to retaining Boomers post-“retirement” age is to create career paths that allow people to step back, to do less. Very few of the people I’ve interviewed say they want to work as hard at age 80 as they are at age 50 – but a lot of people say they enjoy their colleagues and their work, and would enjoy staying on longer if options to slow down a bit were available.

That’s what they say.

But confronted with the reality of stepping out of prestigious senior positions, hard-won over decades of competition with high-intensity peers, no one in this firm was making the move. Remember, as I’ve also argued, Boomers are notoriously competitive – reared in a world that was fundamentally too small for their bulging generation.

But the smart leaders had a new idea – a judo-like move: to turn the very characteristic that was standing in the way into a driver for success of the new program. They made participation a contest.

Now, candidates in this firm need to compete for a limited number of slots on the deceleration path. Those selected have, once again, won – in this case, won the right to slow down.

They found a way to make winding down into a competitive, Boomer-friendly activity

I found this judo move applicable to the terribly threatening situation of knowledge loss and decision experience gap for the engineering organization. Could there be similar programs tailored for Baby Boomer engineers, because eventually they will retire even if it is delayed, that could not only soften the retirement blow over time? There’s a lot of activity around recruitment and promotion of STEM fields at the front end of engineering careers. I’d suggest that there’s some new creative ways to work with Baby Boomer engineers at the back end of their careers that would be advantageous to both the organization and the individual.

What are your thoughts?